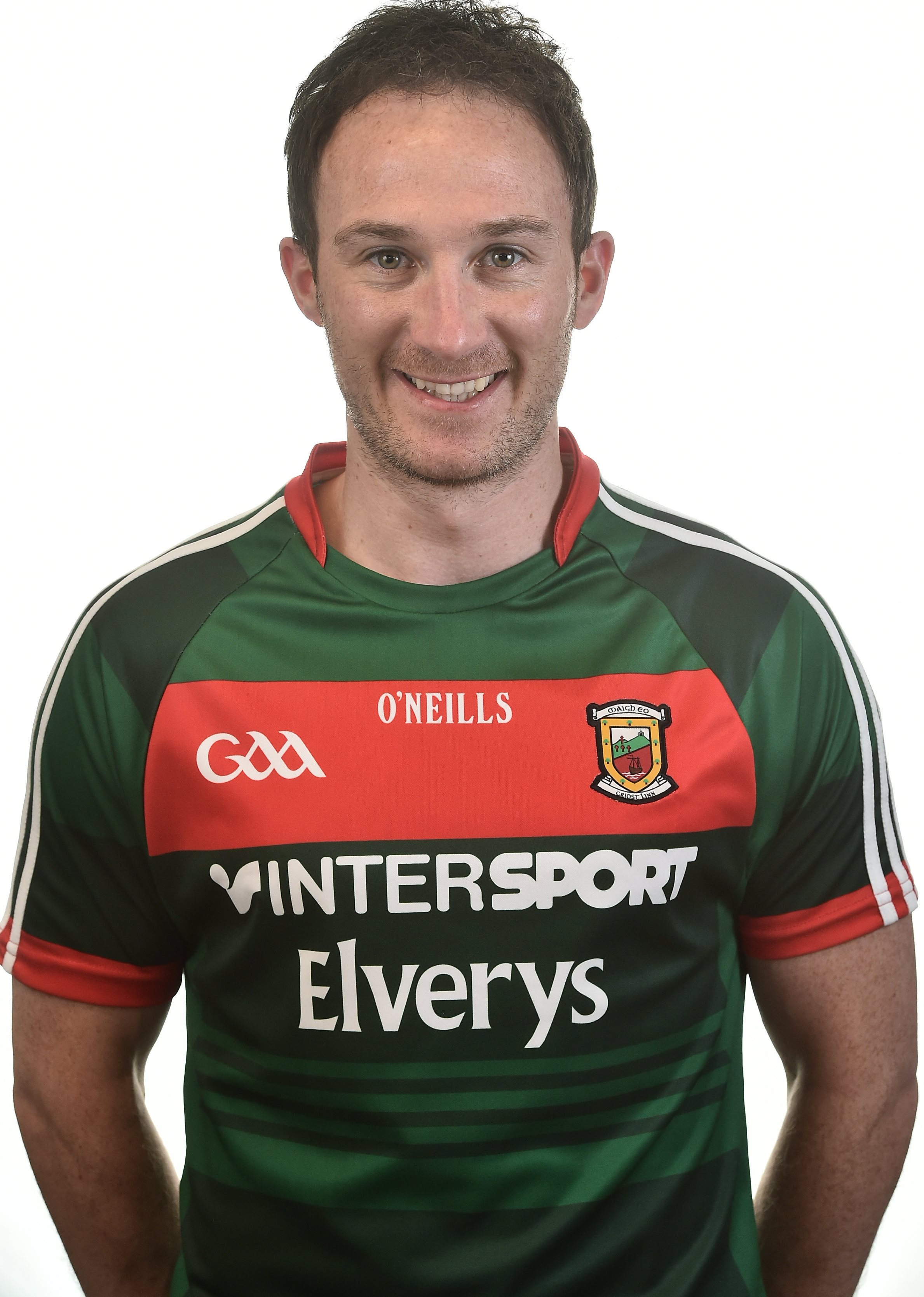 Alan has played in the Mayo jersey for 18 years having made his Minor debut in 1999. He leaves the Inter-County scene having gained numerous honours along the way. The Ballintubber clubman made his Senior championship debut in 2003 against Sligo and went on to make 66 championship appearances. He made 134 appearances in total scoring 3-225 for Mayo and captained the Senior team in 2011 to provincial glory. He’s a winner of 8 Connacht Senior medals including the five in a row from 2011-2015 and a two times All-Star(2006 & 2012). He also won Minor and U-21 Connacht medals and played in six All Ireland Senior Finals.

Statement by Alan Dillon
Everyone has their time and my time has come…..Today I wish to announce my inter-county retirement from the Mayo Senior Football Team.

Playing the game, representing this team, giving my all and never letting go has meant everything to me. If asked to write a script for my career back in 2003, there is no way I would’ve been able to imagine this journey but now I feel it’s the right time to step away.

The wins and losses will be remembered, but what I’ll remember most are all my team-mates who I can never give enough credit to from over the years. I have played with some of the best players to ever line out in the red and green of Mayo and have also had the honour of captaining this great county.

I was very fortunate to have played under so many fantastic Mayo managers all of whom contributed greatly to my career and I would like to extend my sincere thanks to them all for putting faith in me as a footballer.

Thank you to the people of Mayo for all your support over these years in the good and challenging times. It’s been a humbling experience and made me realise how lucky and privileged I am. I would also like to thank Mayo County Board and all the selectors, trainers, backroom staff and medical teams who pushed me and held me together on and off the field.

I will always be eternally grateful to my club Ballintubber GAA. Their backing has enabled me to compete at the very highest level and follow my boyhood dream of playing for Mayo.

I wish to thank the GPA for their continued support on behalf of myself and inter-county players all over the country.

Finally to my wife Ashling, my parents Gerry and Eileen, brother Gary, sister Lisa and close family and friends, I sincerely thank you for your understanding, loyalty and support. I will be forever grateful for all you have done.

The sense of genuine pride every time I got from wearing the Mayo jersey and representing this county I love will live with me forever. I stand here at the end of this ride, knowing I gave it my all.

I look forward to my next chapter and know that I have been blessed in so many ways to have experienced what I have. I will continue to support this talented Mayo team for the years ahead and would like to wish the current manager Stephen Rochford and his team the very best for the coming season.

Statement by Mike Connolly, Cathaoirleach Coiste Chontae Mhaigh Eo
Alan Dillon leaves the Inter-County scene after 18 years of magnificent service to the county. He was an outstanding forward as typified by his two All-Stars and 8 Connacht medals aswell as underage success. To play for your county 134 times does not happen by accident and he is a shining example to all underage players out there of where commitment, hard work and dedication gets you and he should be commended for the service he has given in the Mayo jersey to our magnificent Mayo supporters.

On behalf of everyone involved in Mayo GAA I want to thank him for the loyalty and commitment he has given to Mayo football and beyond I wish Alan all the very best in the future.

Statement by Stephen Rochford, Mayo Senior Team Manager
Alan’s talent was evident from a very young age and he was rightly heralded as a future star by his mid teens. There was huge versatility to his game. And all of this underpinned by a powerful determination, and an unyielding desire to win and to progress, that he showed each and every time he put on the Ballintubber or Mayo jersey. Alan Dillon won the admiration of GAA fans from all over Ireland and he leaves the inter-county stage with his head held high.

As Mayo manager for the past two seasons, it has been a pleasure to work with him and I know that he will continue to make a telling contribution to his club and county in the years ahead. On behalf of the Mayo team and management, I wish him the very best.