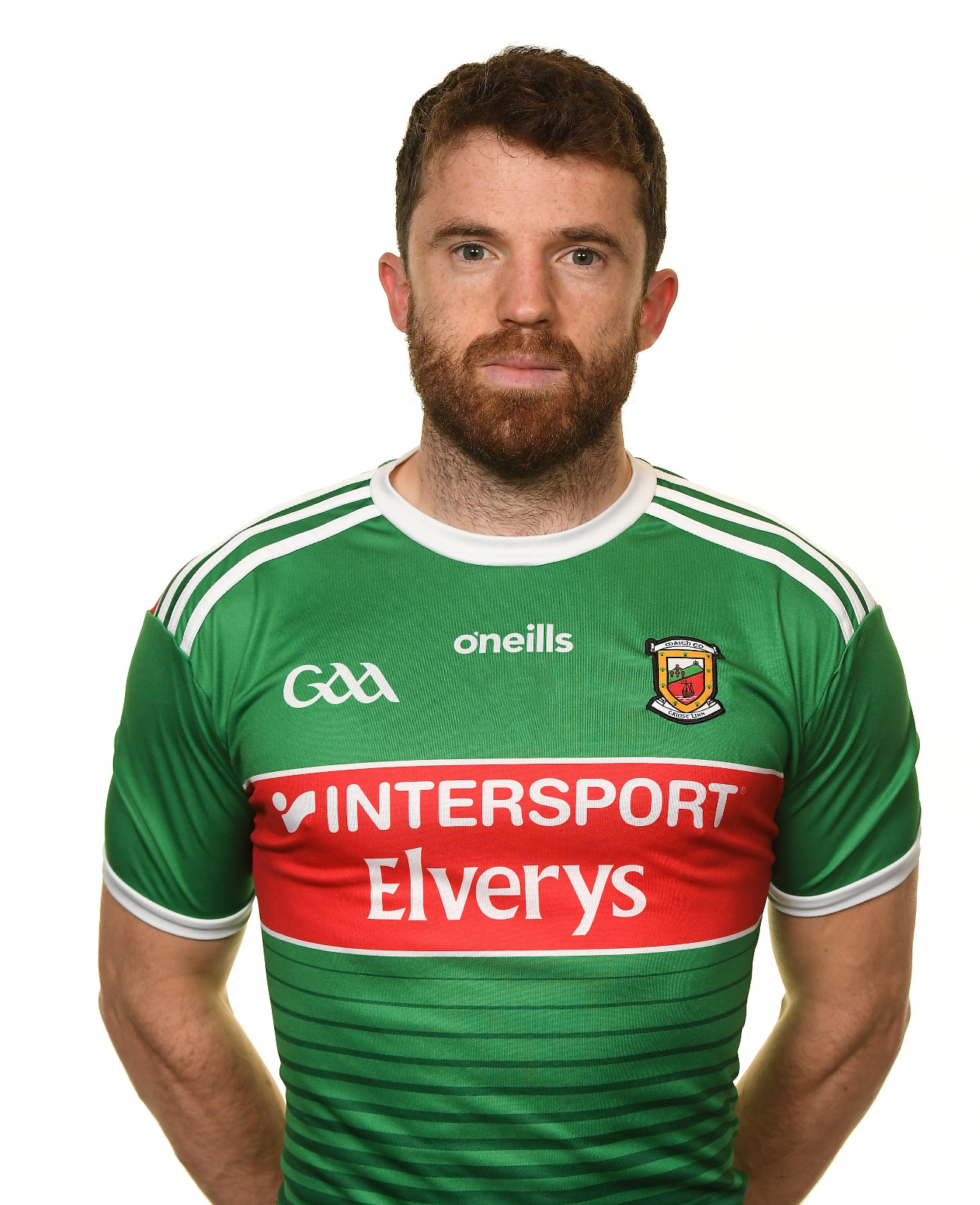 Chris Barrett has today confirmed his retirement from Inter County football. The 33-year-old made the first of his 85 appearances against Derry in the National Football League in 2008. Chris played his 47th and final Championship game in last December’s All Ireland Final against Dublin.

He won an All Star in 2017 and was nominated a total of 5 times. Chris also represented his country against Australia in the International Rules Series in 2017

With his club Beal an Mhuirthead, he won a County Intermediate title in 2018

Statement from Chris Barrett: After 13 enjoyable years in the Green and Red jersey, I would like to announce my retirement from Inter County Football.

I feel incredibly privileged to have played alongside some of the most talented and honourable men to ever pull on a Mayo jersey. Not to mention the management teams, the support staff and our loyal supporters that have been central to everything good Mayo GAA has achieved over the last number of years. Thank you to each and every one of you for a memorable journey.

A special word of thanks to Beal an Mhuirthead GAA for playing a huge part in my development as a player. To my work colleagues in LEPD, for their understanding and help over the last number of years. To my parents, brothers and sister, for being there every step of the way.

Finally, to Dearbhaile and Isla. Thank you for your unwavering support and your sacrifices, without which I could not have achieved what I did.

Statement from Mayo GAA Chairman Liam Moffatt: On Behalf of Mayo GAA I would like to thank Chris for his outstanding contribution and commitment to Mayo GAA. From his excellent debut season as a minor in 2005 to the All Ireland senior Final 2020 Chris consistently delivered top drawer defensive performances. Like many of our players Chris never let injures or career related travels dampen his commitment and for that we in Mayo GAA are very grateful. I would like to wish Chris and his family all the very best for the future.