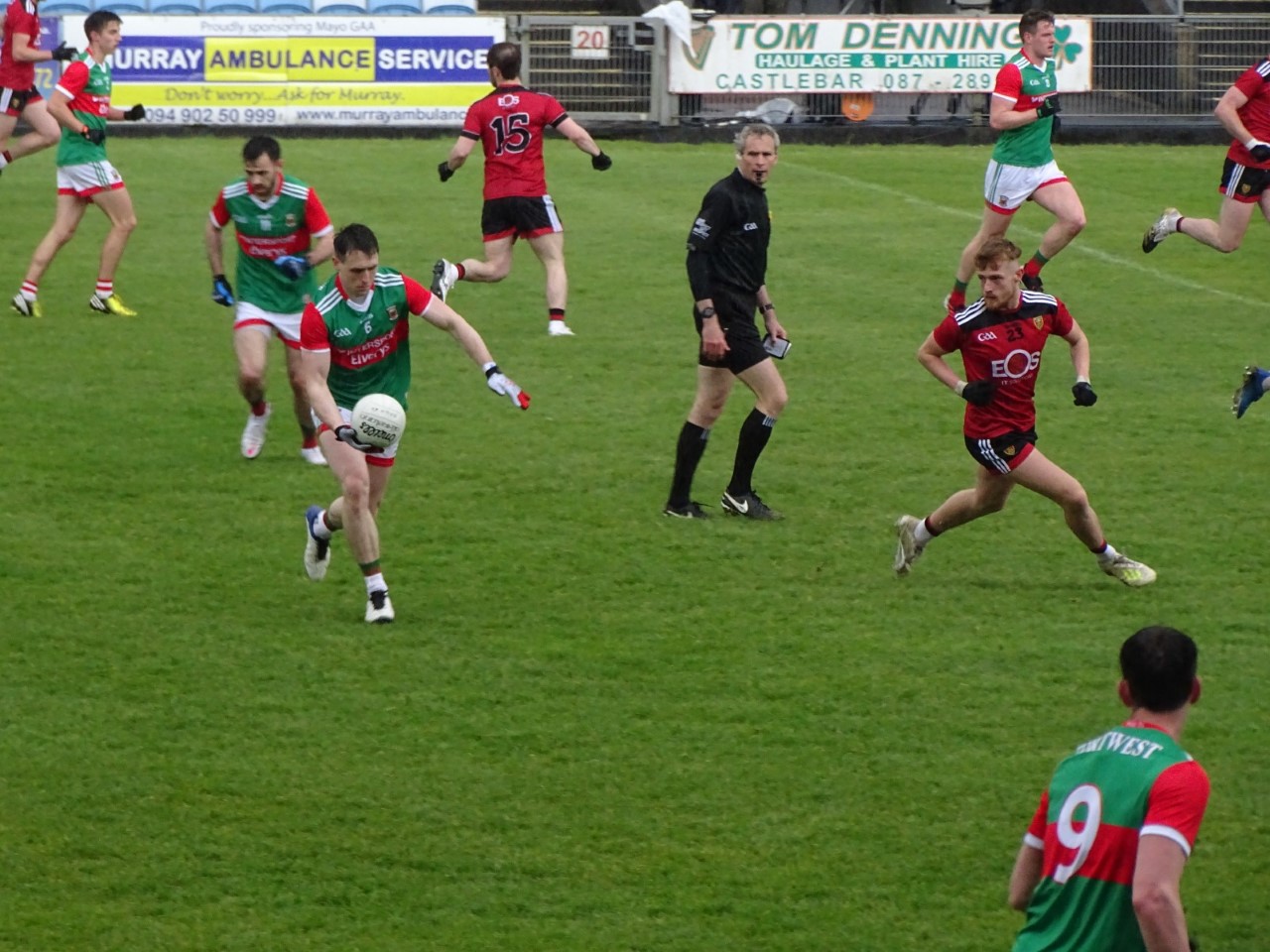 Covid testing has been the main stay of Elverys McHale Park for the past few months; today it was a Division 2 test for the footballers of Mayo and they passed with flying colours.

The team got off to a brilliant start in winning their first game in the Division 2 North at home to the men of Down today at the county ground, once again, without the loyal green and red army roar behind them.  In the very first competitive game outside of the top tier since way back in 1997, and with no competitive football played since the All-Ireland Final in December last year, James Horan's men were ravenous for the ball right from the throw in by Referee Fergal Kelly of Longford. Down were well up for the challenge in the early stages of the game and fired over some beautiful long range points including a massive effort from Corey Quinn. All was level with 4 points apiece until the fifteenth minute when Tommy Conroy rattled Rory Burn's net. Mayo drove on with a further 5 points after scheduled water-break to head in at half time leading by 7 on a score of 1-10 to 0-06.  In the second half, and despite a greasy ball, Mayo played with power and pace and were rewarded for that effort with another net-buster this time from Ryan O' Donoghue on 41 minutes.  There was some excellent handling and skill on show by both sets of players in unmerciful downpours that would have had Noah running for his hammer and chisel again, such was the intensity of the rain at times today in Castlebar. Stephen McConville found the net on 59 minutes for the Red and Black but Mayo finished strongly racking up a big score of 2-21 to Down's 1-11. A good day out for the Mayo men with a great spread of scorers and National League debuts for Enda Hession (Garrymore),  Rory Brikendon (Westport) and Aidan Orme (Knockmore). The Mayo backroom team will be happy with how the newer faces have taken over the baton so smoothly after the retirement of many great servants of the county team since the beginning of the year. Next up for the Men of the West is the Men of Westmeath as they travel to Mullingar on Saturday, 22nd of May with throw in at TEG Park scheduled for 15:00.