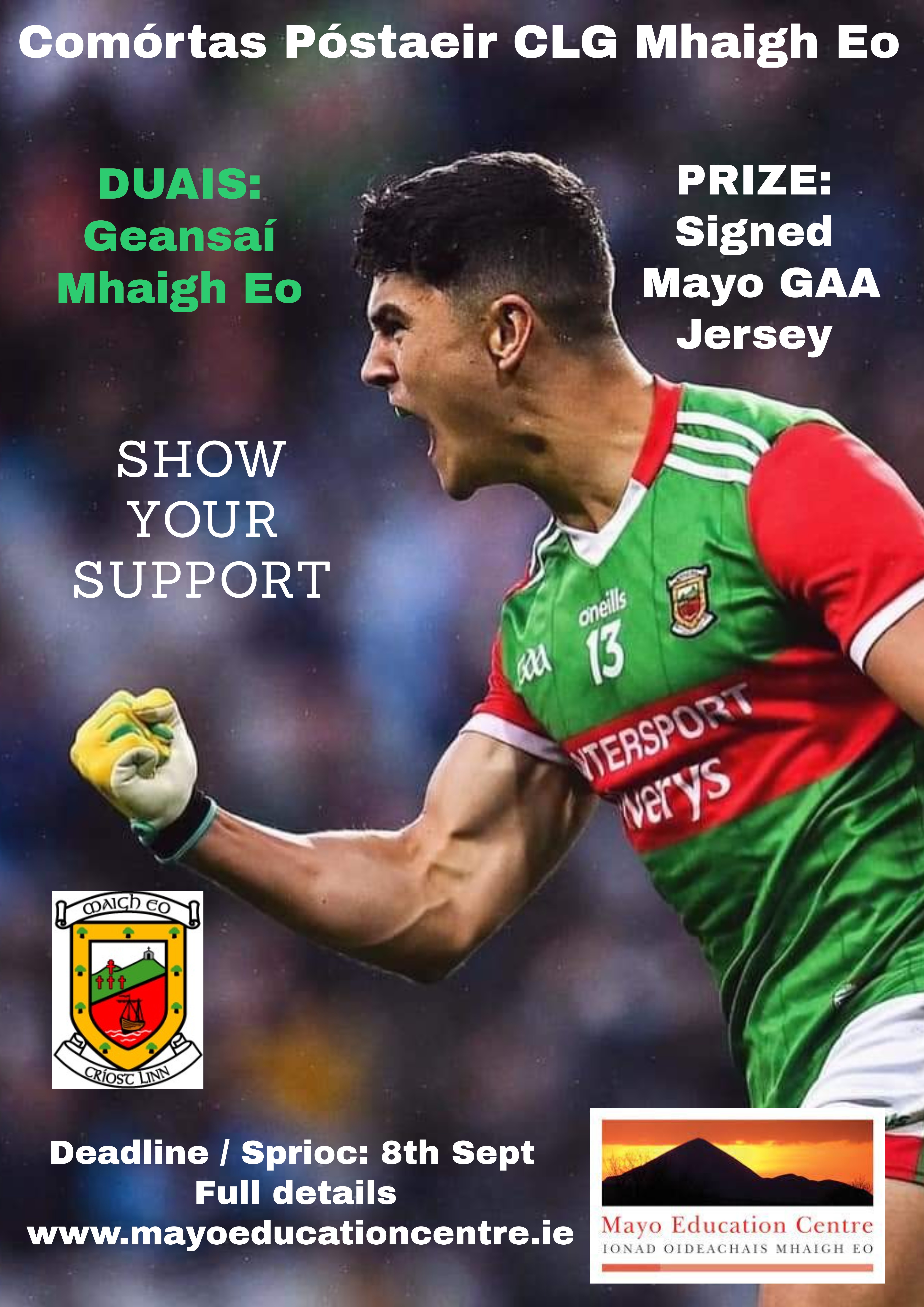 Mayo GAA would like to thank the hundreds of students that entered the 'CLG Mhaigh Eo Comórtas Postaeir' in association with the Mayo Education Centre . The winner of the National School category was sixth class student Emma Ní Staic from Scoil Mhuire, Róibín. She was presented with her signed Mayo GAA jersey today at the Mayo Education Centre in Castlebar. Emma said the message in her poster 'Ní neart go cur le chéile' was about working together and she hoped it would inspire the Mayo team ahead of the big match.
The Post Primary School winning entry came from twelve year old Sorcha Níc Éil a first year student at Scoil Naomh Mhuire in Ballina. Sorcha said her message 'Is é an cleachtadh a dhéanann máistreacht' was befitting of the Mayo team who are getting better and better all the time.  She was also presented with a signed Mayo GAA jersey
Mayo GAA PRO John Walker said he was blown away by the interest in the poster competition.  "It was amazing to see the hundreds of posters that were submitted.  I just want to thanks the students, teachers and schools for putting in such an effort.  It was lovely to see all the Irish words and seanfhocail and I hope the students enjoyed working on the project", he said
Mayo Education Centre  Director Michael McKenzie said he was delighted with the engagement and response from the students and the schools. "The aim was to promote the Irish language and to have fun and enjoyment ahead of the All-Ireland football final and I certainly thing we achieved this," he said.
Mayo GAA hope to display all the posters at Hastings MacHale Park ahead of the first game to be placed at the newly resurfaced venue.