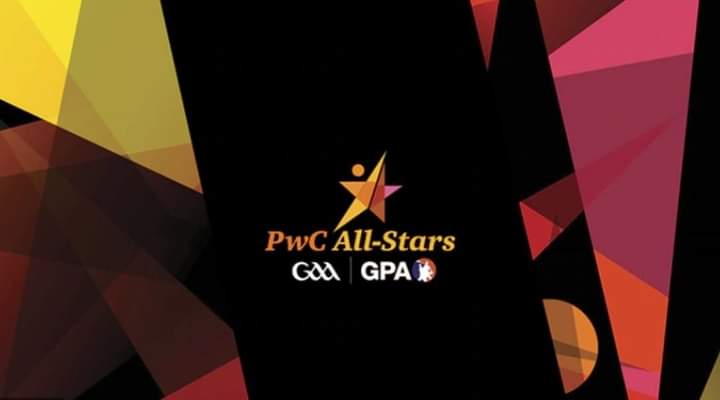 Tyrone’s stunning end to the football season continues as the Red Hand County is the
dominant presence with a full house of 15 names on the PwC All-Star football nominations
for 2021 announced today.
There is an impressive spread of 11 different counties listed in the nominations, but it’s the
Red Hand’s grip on football that remains the talking point. Goalkeeper Niall Morgan and
midfielders Conn Kilpatrick and Brian Kennedy are joined by seven contenders in defence
and five men named in contention in the attack.
The O’Neill County will also have a strong interest in the overall awards. A vote from among
the ranks of inter-county players will choose between Tyrone All-Ireland winning heroes
Conor Meyler and Kieran McGeary as well as Mayo powerhouse Lee Keegan for the PwC
GAA/GPA Footballer of the Year award.
Last year Oisín Mullin was the PwC GAA/GPA Young Footballer of the Year. The Mayo
defender is again shortlisted in 2021, where he is joined by Galway star Matthew Tierney
and Tyrone ace Darragh Canavan on the shortlist.
Defeated All-Ireland finalists Mayo have eight nominations vying for a place on every line of
the final 15.
Munster champions Kerry have seven nominations, including brothers David and Paudie
Clifford.
After their historic run of six All-Ireland titles in a row ended last summer, Leinster
champions Dublin have five nominations. There are three contenders from Monaghan and
Orchard County brothers Oisín and Rían O’Neill represent Armagh.
Cork’s Seán Meehan, Kildare’s Daniel Flynn, Donegal’s Michael Langan, Eoin Cleary from
Clare and Galway’s Shane Walsh complete the list of 45 nominations.
Congratulating the nominees, Uachtarán CLG Larry McCarthy said: “I want to salute all of
those players who have been selected on the shortlist for the PwC All-Stars and also the
players nominated for the PwC Footballer and Young Footballer of the Year awards. The
competition to make it to the final list of 45 nominees was considerable after an exceptional
football championship. This is a great honour and one that will be celebrated by the players;
their families and clubs. The on-going support of PwC for this illustrious awards scheme is
greatly appreciated and I look forward to the deliberations around the final 15 to add to the
rich All-Star history stretching back to 1971.”
Feargal O’Rourke, Managing Partner, PwC, said: "2021 marks the 50th anniversary year of
the All-Star Awards, which for five decades have recognised excellence and commitment
both on and off the field. Congratulations to the 45 footballers who have been nominated
for the 2021 PwC All-Stars from everyone at PwC. Their stellar performances have allowed
us to enjoy a superb championship, despite the challenging year. These well-deserved
nominations are a testament to their abilities, both individually and as part of a team."
Tom Parsons, GPA CEO congratulated all of the nominees saying: “These 45 nominees
represent the thousands of inter-county players across the country, male and female, who
again gave us some light in an otherwise dark year because of the ongoing pandemic. I
want to salute every one of those players for their efforts and thank them for their
commitment and for the entertainment that they provided for us all. To the nominees,
congratulations. To be recognised for your individual performances within a team
environment is special. And to those players in the running to become the PwC Footballer
and Young Footballer of the Year, the very best of luck. Thank you too, to the selection
committee for your work in whittling down so many outstanding players to this shortlist.”
The nominations were chosen by a panel of Gaelic Games correspondents from across,
print, radio, TV and digital media, chaired by Uachtarán CLG Larry McCarthy.
The PwC All-Stars for Football 2021 will be announced live on the night of the awards which
will be held on December 10. The presentation will take place in a televised ceremony that
will be in line with Covid-19 restrictions and will be confirmed in due course.
PwC All-Stars Football nominations 2021
Goalkeepers
Rob Hennelly (Mayo)
Rory Beggan (Monaghan)
Niall Morgan (Tyrone)
Defenders
Padraig Hampsey, Peter Harte, Michael McKernan, Ronan McNamee, Kieran McGeary, Conor Meyler
Frank Burns (all Tyrone)
Stephen Coen, Patrick Durcan, Lee Keegan, Padraig Ó Hóra (all Mayo)
Tom O’Sullivan, Gavin White, Brian Ó Beaglaoich (all Kerry)
Michael Fitzsimons, Brian Howard (all Dublin)
Seán Meehan (Cork)
Ryan McAnespie (Monaghan)
Midfielders
Brian Kennedy, Con Kilpatrick (all Tyrone)
Matthew Ruane (Mayo)
David Moran (Kerry)
Oisín O’Neill (Armagh)
Brian Fenton (Dublin)
Forwards
Mattie Donnelly, Conor McKenna, Niall Sludden, Darren McCurry, Cathal McShane (all Tyrone)
David Clifford, Paudie Clifford, Sean O’Shea (all Kerry)
Tommy Conroy, Ryan O’Donoghue (all Mayo)
Cormac Costello, Ciaran Kilkenny (all Dublin)
Jack McCarron (Monaghan)
Daniel Flynn (Kildare)
Michael Langan (Donegal)
Rian O’Neill (Armagh)
Eoin Cleary (Clare)
Shane Walsh (Galway)
PwC GAA/GPA Footballer of the Year
Lee Keegan (Mayo), Conor Meyler (Tyrone), Kieran McGeary (Tyrone)
PwC GAA/GPA Young Footballer of the Year nominees
Matthew Tierney (Galway)
Oisin Mullin (Mayo)
Darragh Canavan (Tyrone)