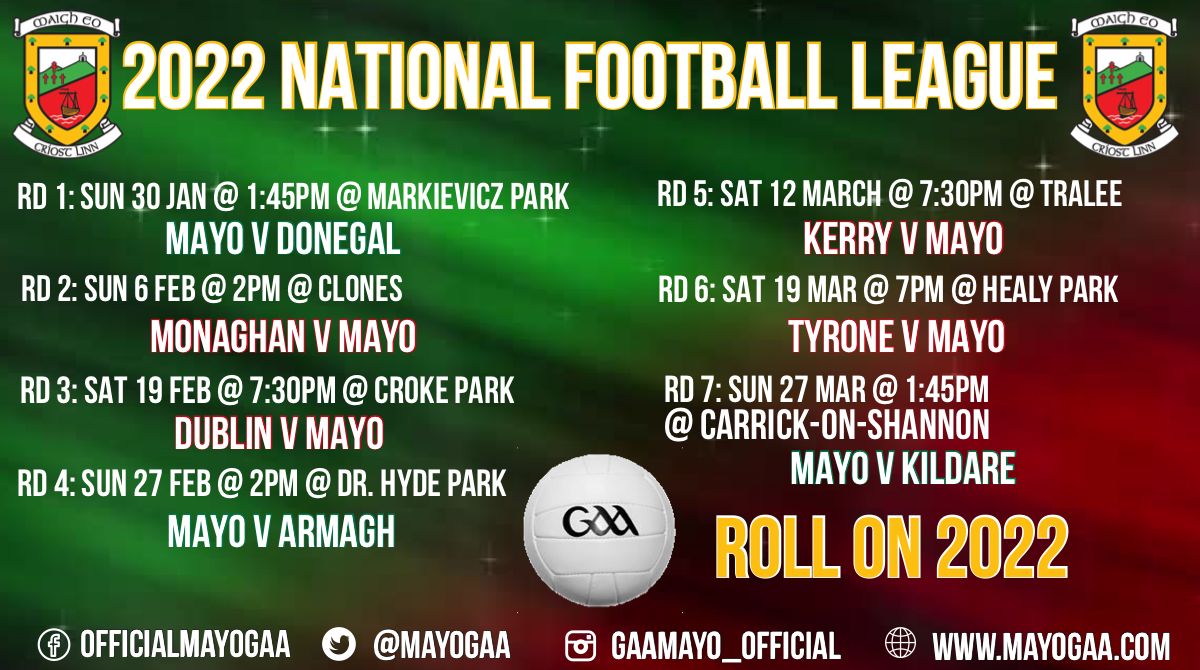 The Mayo senior footballers Allianz National League Division One fixtures have been confirmed by the GAA.

Fist up for James Horan’s men is Donegal on Sunday the 30th of January at 1:45pm in Markievicz Park, Sligo.

In round two its Monaghan in St Tiernan’s Park in Clones on Sunday the 6th of February at 2pm.

Round three sees Mayo head to Croke Park to renew rivalries with Dublin on Saturday the 19th of February at 7:30pm.

Round four see Armagh make the trip to Dr Hyde Park on Sunday the 27th of February at 2pm.

Round five is the long journey down to Austin Stack Park in Tralee to play Kerry on Saturday the 12th of March at 7:30pm.

Round six is a repeat of the All-Ireland final as Mayo take on Tyrone in Healy Park on Saturday the 19th of March at 7pm.

In the penultimate round Mayo will do battle with Kildare at Avant Money Pairc Sean Mac Diarmada on Sunday the 27th of March at 1:45pm.

The league finals are pencilled in for the first weekend in April.