The U20 Mayo Football Team Announced. 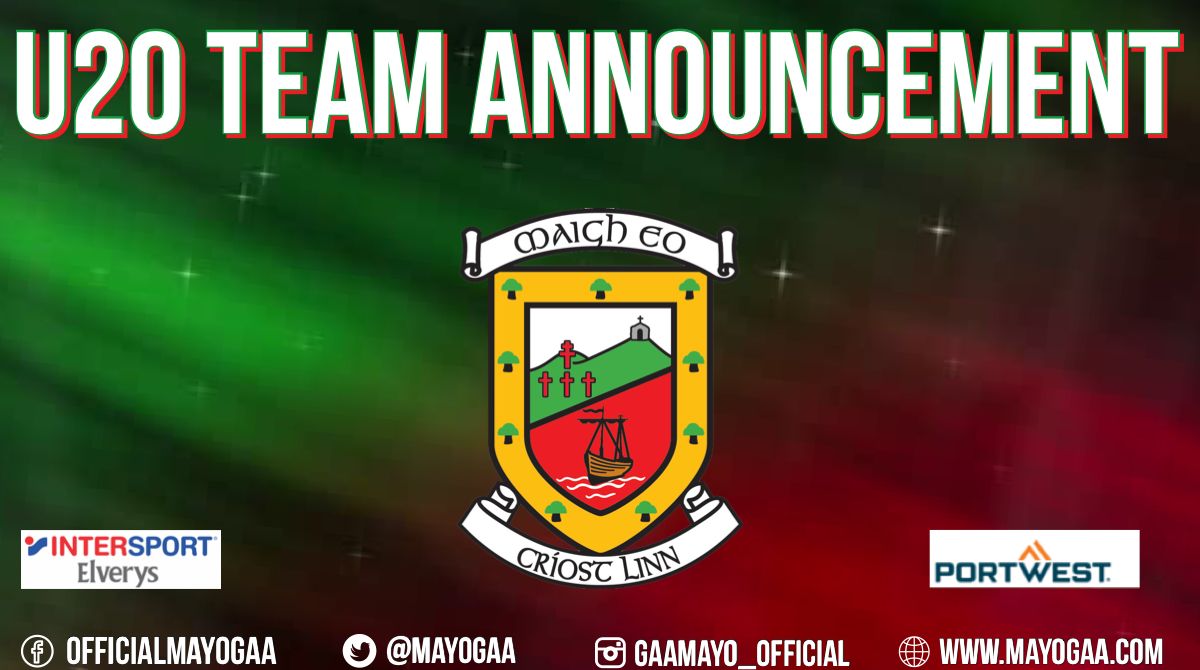 The U20 Mayo Football Team Announced.

Mayo U20 manager Maurice Sheridan has made one change to his side for the Connacht GAA U20 Football Semi-Final against Leitrim this Wednesday, April 13th. Into the side comes Sean Morahan from the Castlebar Mitchell’s GAA club.  Morahan replaces Mayo Gael’s Jack Fallon at wing forward.  Fallon, who scored the Mayo goal against Galway has a slight injury.  Mayo Senior panelist’s Sam Callinan, Frank Irwin and Donncha McHugh are all named to start.  Louisburgh’s Alfie Morrison, Ruairi Keane from Mayo Gaels and Conal Dawson from Westport excelled against Galway and all start again in the Mayo Full-Back line.  Upfront Sheridan has stayed loyal to Tom O’ Flaherty from Aghamore
Dylan Thornton from Ballina Stephenites,
Cian MacHale from Bohola Moy Davitts, Paddy Heneghan from Castlebar Mitchels and Cian O’ Connell from Ballinrobe. The only other change to Sheridan’s panel sees Rory Morrin from Ballina Stephenites come into the twenty four. The game has a 6:30pm throw in at Avant Money Páirc Seán Mac Diarmada in Carrick on Shannon. The game is live on the TG4 YouTube channel : https://youtu.be/LTQ2P5-SWjY
The game is live on Midwest Radio, commentary with Michael D McAndrew and Declan O'Reilly
Get your tickets for this game on
https://www.universe.com/events/eirgrid-connacht-gaa-under-20-football-semi-final-leitrim-v-mayo-tickets-BPN5SY

Mayo U20 team is as follows: