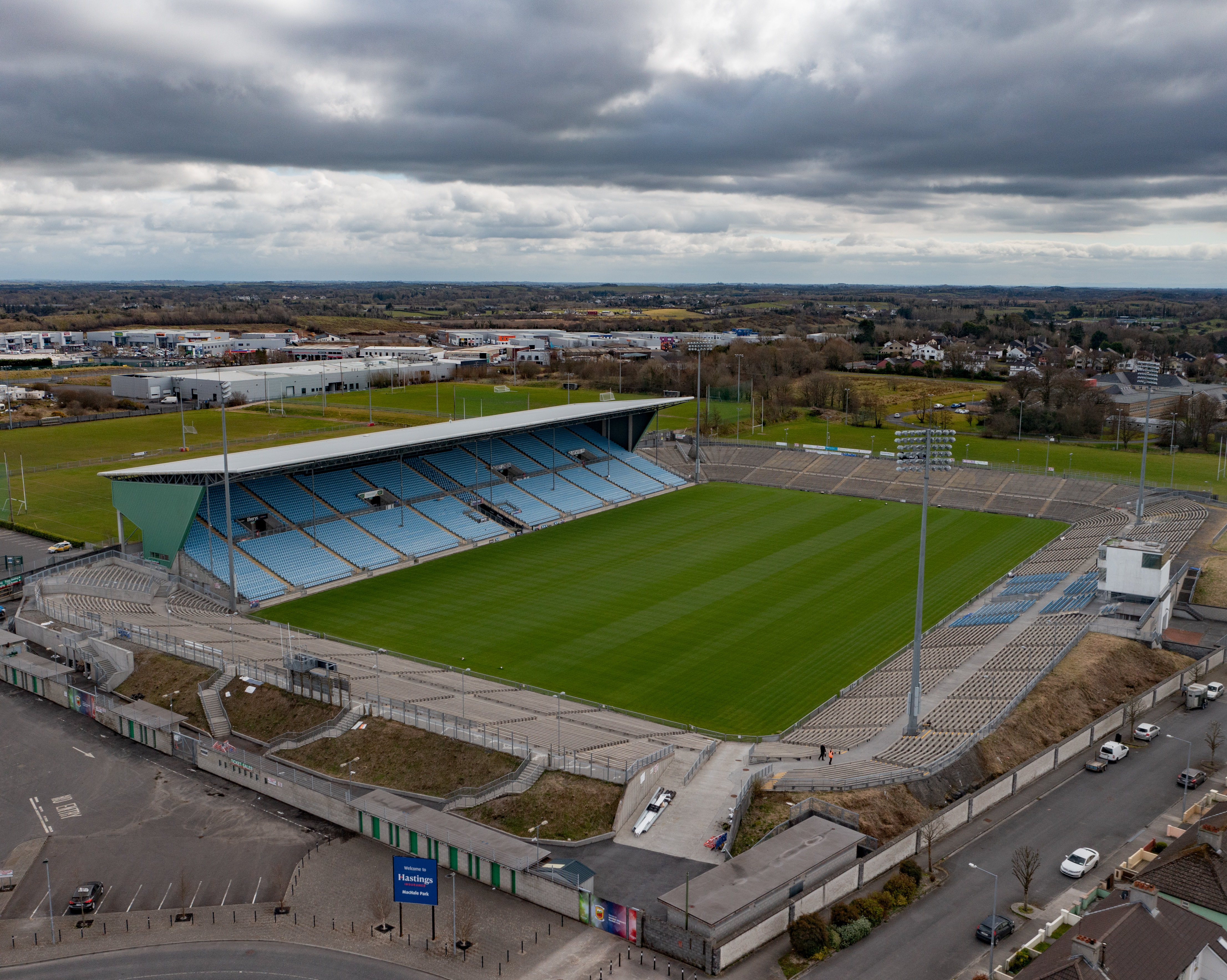 Over the past 16 years Hastings Insurance MacHale Park has undergone significant investment with the completion of the new 10K seater stand, the installation of floodlighting and the building of a television tower. The stand also incorporates dressing rooms, medical rooms, referees rooms, toilets, gymnasium, meeting rooms, kitchen and dining rooms, offices, press facilities, and shops. Toilet facilities and electronic turnstiles have also been installed. The capacity of Hastings Insurance MacHale Park is ~28,000 and is the only all GAA seater stadium in Ireland.

Approximately, 20 years ago, Hastings Insurance MacHale Park underwent a significant main drainage programme with the installation of a perimeter drain and a series of lateral drains (across the pitch) at approximately 10m centres. Collections tanks were installed with the water being pumped into the Castlebar town storm drainage system. Subsequent to the completion of this drainage work, the pitch has received 100-200 tonnes of sport sand each year since. Cumulatively, this drainage and sanding made a major improvement to the pitch.

Nevertheless, the playing surface of Hastings Insurance MacHale Park was in a poor state; being very uneven particularly along the centre and was still poorly drained at the south east quadrant of the pitch. The playing area needed to be lengthened and ideally widened.

Commencement of the process

In mid-2020, the Mayo GAA Executive (Coiste Bainistí) sought the approval of Mayo County Board to commence work on the resurfacing of Hastings Insurance MacHale Park. This initially involved completion of a topographical survey of the pitch, an examination of the soil profiles throughout the pitch and the existing drainage network as well as the feasibility of lengthening and widening it. It became clear that it was possible to lengthen the playing area as there was ample space behind each goal and particularly at the Davitt House end. Widening would require the removal of at least 4 rows of seating on the MacHale Road side; requiring the installation of steps in front of each aisle and leading onto the pitch. This would create be a significant health and safety hazard and would actually minimise the widening impact. The capacity of the stadium would also be reduced. For these reasons this option was dropped.

From an examination of the test holes dug, the soil profile of the pitch was very good, with no evidence of an impermeable pan, and was conducive to relatively rapid water removal. There was clear evidence of the extensive sanding over the previous 15-20 years. The lateral drains, over which the grass burned in summer, and the positioning of the drains become clearly visible, were largely filled to the surface with fine sand with very little clay and consequently minimal water holding capacity. This initial examination indicated that there was no need to remove the existing playing surface and, in fact, that we should capitalise on the previous investments in sanding and perimeter drainage. The topographical survey provided information on the extent of the levelling required.

From the above a specification was development, tenders invited with Killeen Sport Grounds appointed as contractors in February 2021 to complete the work.

Preparatory work commenced in mid-August 2021 with the spraying off of the grass and the removal of goal posts and ball nets. Ground work on the pitch commenced on the 21st August with the grass seed sown, and pitch fertilised on the 20th September 2021. The initial work involved the cultivation of the existing pitch, followed by levelling of the surface using laser-guided technology. This was followed by the application of 1000 tonnes of sports field sand and its incorporation into the top 250 mm of soil. Lateral drains (depth 450 mm; width 150 mm) were installed at 6 metre centres with an 80 mm land drainage pipe at a depth 450 mm in each drain; filled with pea to the surface and capped with a clay-sand blend. Each pipe was connected into the perimeter drain along the MacHale Road side of the pitch. Slit drains (depth 250 mm; width 60 mm) were installed at 1 metre centres running lengthwise on the pitch and transecting the lateral trains at right angles. The slit drains were also filled with pea gravel and capped with a clay- sand blend. The lateral drains were dugout, pipe inserted and refilled using a one-pass machine. To aid drainage the pitch was given a fall of 500 mm from the stand to the MacHale Road side. A total of 375 cubic metres of pea gravel was used with 11.8 km of drains installed.

Grass emergence and management since

The favourable autumn weather encouraged rapid grass seed germination, and the mild winter weather promoted tillering of the grass. The pitch received 2 top dressings of fertiliser in the autumn of 2021. Since mid-January the pitch has received a further 3 applications of fertiliser. A series of physical measurements (surface traction, volumetric soil water content, surface penetration, surface hardness, grass colour, root length and root mass) have been carried out on the pitch by Stuart Wilson, lead Groundsman in Croke Park, in February, March and April of this year and all have confirmed that the pitch has development as expected and is now ready for matches. Currently, the pitch is being mowed every second day with the grass cuttings been removed.

Funding for the project

The re-surfacing, work, installation of new goals posts and ball nets has been funded from the money raised through the Laochra Mhuigh Eo project.

Because of the high sand content (estimated now at ~60%) a pitch irrigation system (Phase 2) is required. The on pitch pipe network was installed as part the resurfacing work. Further work is required particularly in relation to the sourcing of water. Currently, work is on-going on sourcing and pricing of suitable grass cutting equipment (Phase 3). Money is in place for both of these phases from the Laochra Mhuigh Eo project and from Sports Capital funding.