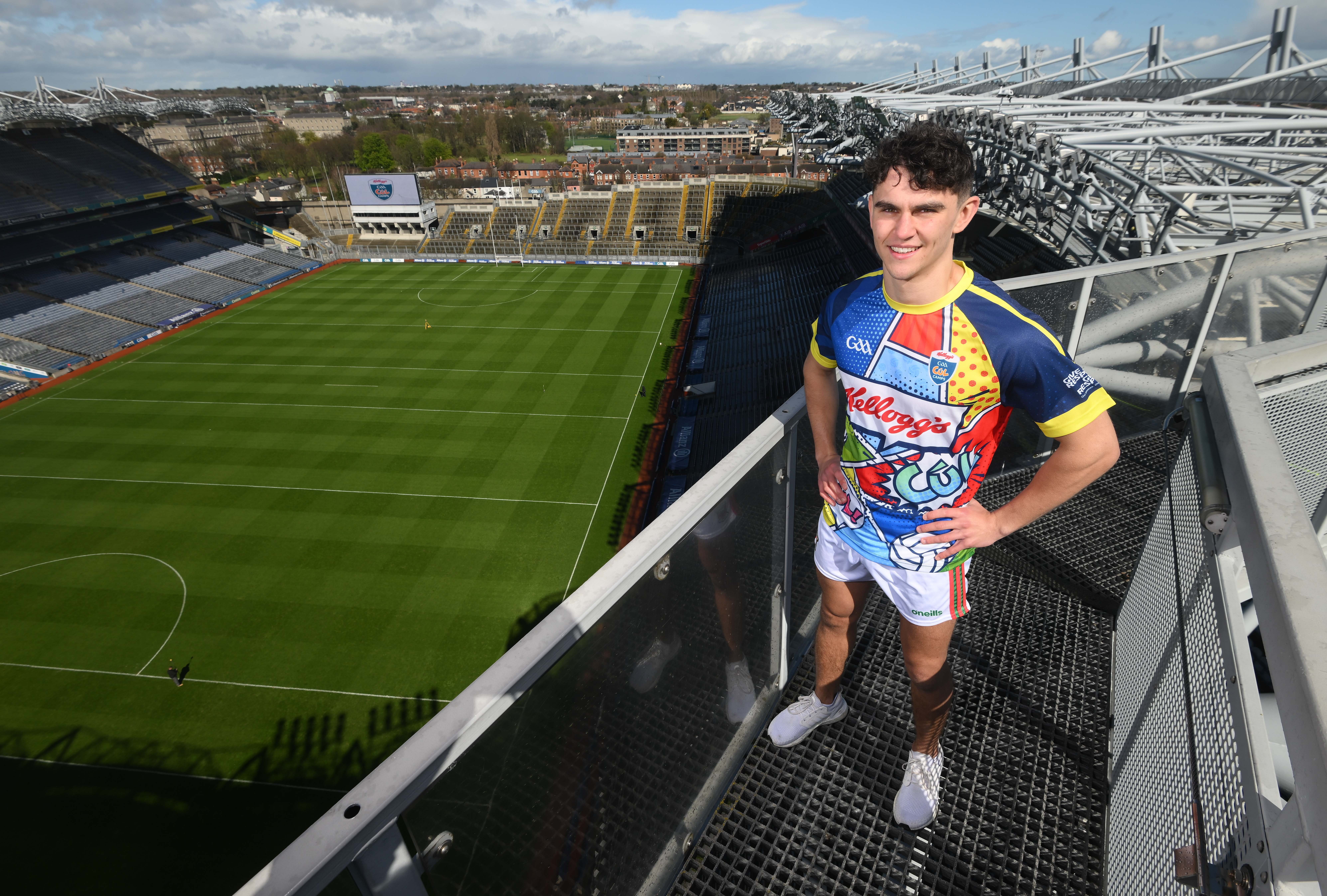 The Cúl-est Camps Return for Summer 2022

Wednesday, April 20th: Kellogg and the GAA have today announced the most hotly anticipated summer camp, Kellogg’s GAA Cúl Camps, has returned for 2022. The Camps are anticipating an extra level of excitement this year with numbers back at full capacity across the country following Covid restrictions. Camps will kick off on Monday, June 27th and will run up to August 26th. GAA clubs across the country are set to be a hive of activity this summer with bookings for participants aged 6-13 now open.

Launching the 2022 Kellogg’s GAA Cúl Camps were Kellogg ambassadors and sport superstars, Mayo Footballer, Tommy Conroy and Antrim Camogie player, Roisin McCormick. Both county players are past participants and credit the camps for giving them the most fun summers.

Kellogg has recently built on its 10-year partnership with the GAA by sponsoring the newly renamed Kellogg’s Skyline Tour at Croke Park. Conroy and McCormick took a visit 44 metres above the ground to see the iconic stadium of Croke Park from a different angle. Also on hand to launch the camps were future stars Donnacha Lally aged 11, Éabha Lally aged 9, Oisín Lally aged 7, Portia McLaughlin aged 7 and Emeli Doyle aged 8, who were thrilled to listen to the sports heroes’ Cúl Camps experiences.

As in previous years, the Assisted Needs Kellogg’s GAA Cúl Camps are back this summer, providing a calmer environment for those who need it with the same level of fun*.

Sarah Ferguson, Kellogg Ireland General Manager said “Kellogg is very proud to be involved in a partnership which involves children taking part in outdoor exercise where fun is at the core. Kellogg’s GAA Cúl Camps are in all four corners of the country throughout the summer.

In recent years, we’ve reached incredible milestones in terms of participation levels and we love hearing the feedback from kids and their parents about the camps. We are really looking forward to welcoming more participants this year and for the camps to continue to play such a key role in their summers.”

GAA Uachtarán CLG Larry McCarthy said: “We are very proud of the Kellogg’s GAA Cúl Camps and the incredible work that goes on in every GAA club across the country and around the world. We look forward to welcoming thousands of children to an action-packed and fun-filled week during the summer. It is undoubtably one of the best and most successful summer initiatives for children with Gaelic games and fun at the heart of it all. The emphasis is on having fun in a safe environment, and we showed over the past number of years that we can do this very effectively. We want to build further on this to ensure the Kellogg’s GAA Cúl Camps are a summer highlight!

We are also delighted to have Kellogg as our partner, in a partnership which has been a resounding success, helping the camps grow to new heights. A lot of unseen work goes on and I’d like to acknowledge and thank the clubs, coaches and volunteers who make the camps such a success.”