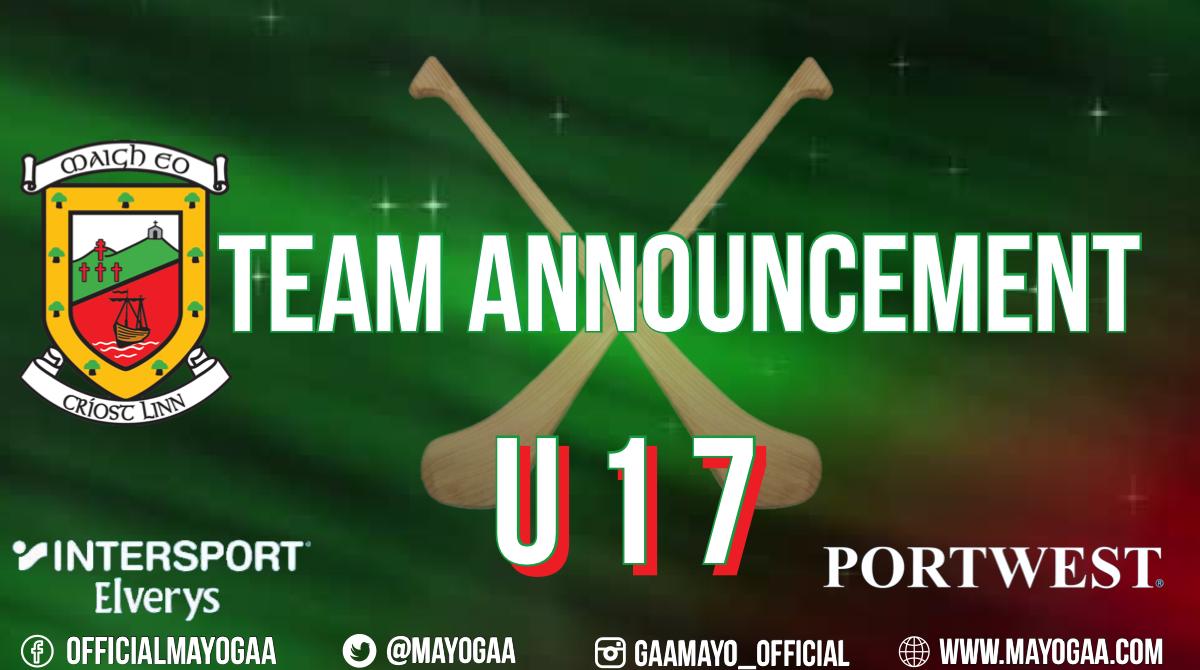 Mayo GAA U17 hurling manager Brian Finn has made four changes to his side ahead of their crucial Electric Ireland Celtic Challenge All-Ireland Quarter-Final against Longford this Saturday (May 7th) at the Adrian Freeman Park Tooreen.  Into the side comes Sean Keadin from Claremorris hurling club, Anthony Rowland from Castlebar hurling club, Sean Lynskey from Tooreen hurling club and Cathal Guilfoyle from Westport GAA.  Keadin and Rowland now join Ryan Finn in a new look half-back line with Lynskey and Guilfoyle both introduced upfront.  The players losing out, Rian Harran, Sean Duffy, Damien Earley and Evan Furlong are all named on the bench.  The Mayo U17 hurlers have developed into a formidable team over the past few months defeating a much-fancied Tyrone side 3-11 to 3-03 at the Glencar Manorhamilton GAA Grounds in Leitrim last time out.  Midfielders Sean McGhee from Ballyvary and Matthew Connor from Caiseal Gaels have been outstanding all season for Mayo with Colm Enright, Aidan Cunningham and Colin Duffy deadly accurate in front of goals.  The Celtic Challenge was established in 2016 and is the only competition in hurling that has teams from all 32 counties participating.  Mayo’s All-Ireland Quarter-Final against Longford this Saturday, May 7th has a 7:00pm start time.  Galway referee John Cahill will be in charge of the whistle.