Mayo U17 Hurling Team in Semi-Final 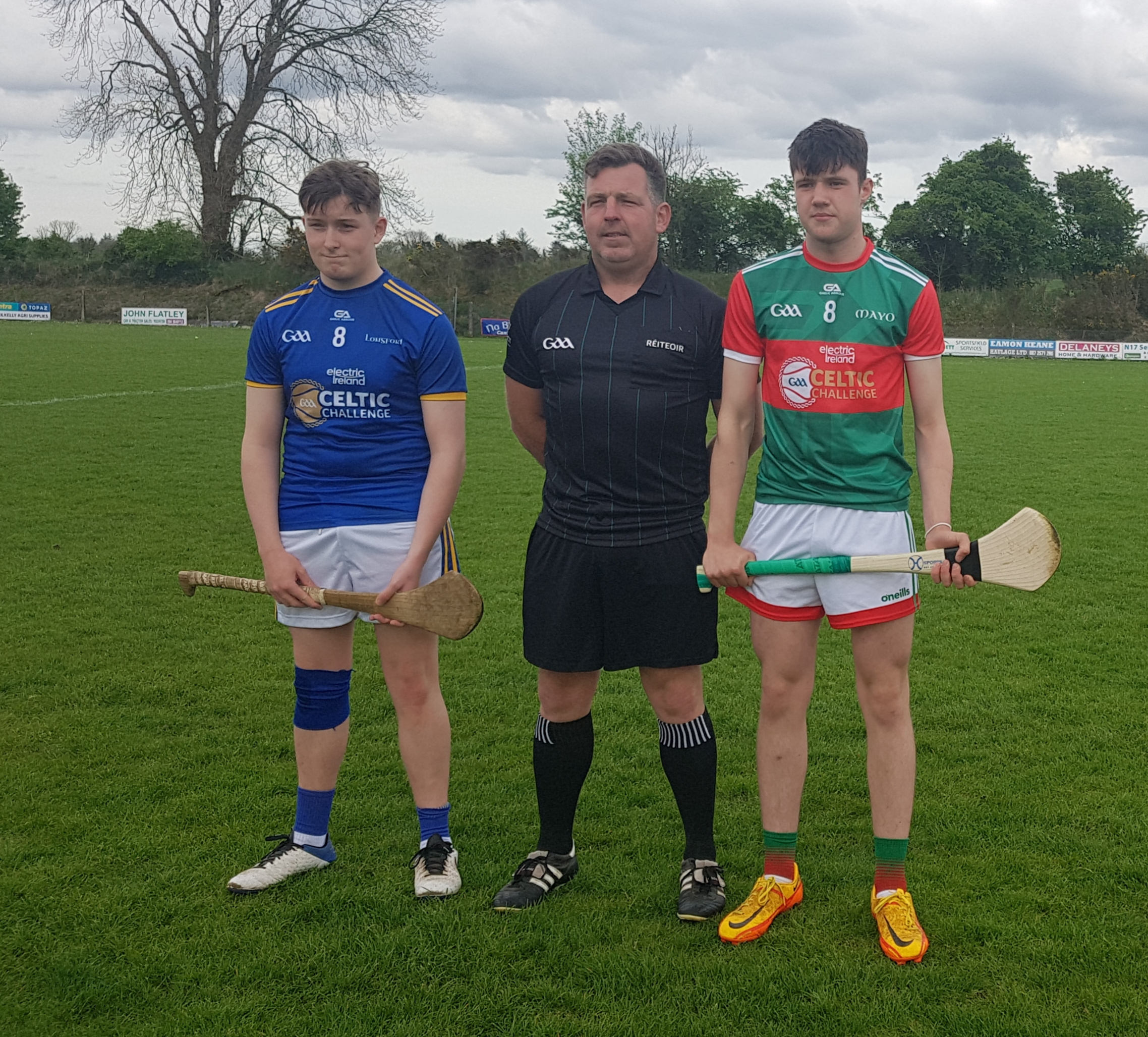 It was a first taste of summer-like hurling for the Mayo U17 Celtic Challenge team as they swatted away the challenge of Longford in this Celtic Challenge Michael Feery Cup quarter-final tie in the firm sod of Tooreen Hurling Grounds. As they had done in previous outings so far, it was the scoring exploits of Castlebar duo Aidan Cunningham and Colm Enright who stole the show - recording 1-16 between them - of Mayo’s total of 3-22 on the day.

Mayo didn’t have it all their own way in the early exchanges as Longford’s sharp-shooting full forward Dylan Hennessy had the ball in the Mayo net within seconds of the throw-in. But in a whirlwind start to the game, two impressive catches from Mayo corner-forward Cathal Guilfoyle in succession resulted in a point for himself – closely followed by an Aiden Cunningham goal – after a neat offload from Guilfoyle. Colm Enright signalled his introduction to the game in the 5th minute as he converted a line-ball for Mayo – a feat not often seen in Adrian Freeman Park due to the wide dimensions of the field. Hennessy for Longford converted a placed ball, before the Mayo attack stretched their legs with six unanswered points in succession as Cunningham (3), Enright (2) and midfielder Sean McGhee put daylight between the sides. Dylan Hennessy and Sean Tiernan for Longford converted a brace of placed balls, but Mayo finished the half strongest as Matthew Connor from Caiseal Gaels joined the point scoring stakes, to leave the half time score at 1-11 to 1-3 in favour of the home-side.

The second half saw Mayo drive on to outscore their opponents by 2-11 to 1-2. This gave Mayo manager Brian Finn a chance to run his bench, with Michael Foody, Dylan Groarke, Eoin Healy, Eoin Conway, Sean Duffy and Oisin Mulroy seeing action in the second half. It was a timely introduction for Oisin Mulroy off the bench in the 53rd minute as he goaled within seconds of his introduction, to add to Mayo’s earlier second-half goal in the 43rd minute scored from close range by Conor Donaldson. Sean Lynskey and Anthony Rowland both recorded points for Mayo during this half, but Longford had no answers for Cunningham and Enright as they continued their point scoring exploits as the game as a contest petered out.

Mayo will be delighted with their work-rate and fitness on the day which was much superior to the Leinster side, as defenders Conor Ketterick and Tom Lambert came of age with some tigerish defending. The operation of Caiseal Gaels’ Coilin Duffy as a plus one in the Mayo defence worked very well on the day also, cutting out many Longford attacks while also setting up many scoring chances for his forwards at the other end of the field. Mayo now qualify for the semi-final of the Michael Feery Celtic Challenge Cup which will be played next Saturday 14th May – with opposition and venue yet to be announced.