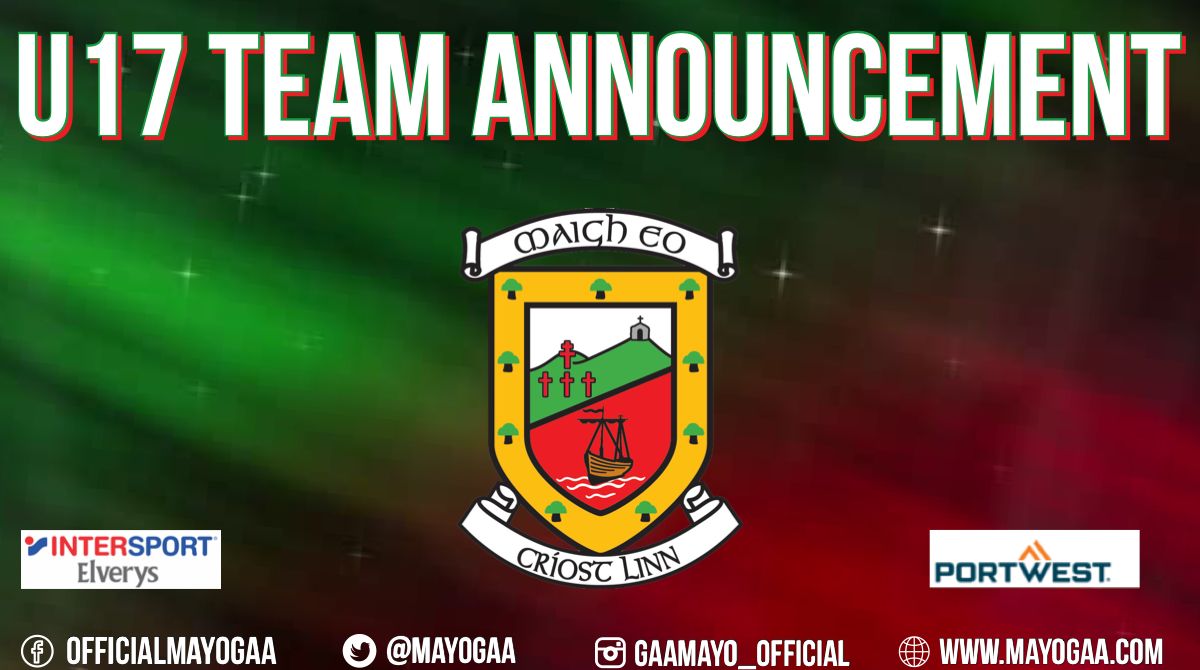 Mayo GAA U17 team announced for clash with Galway
Mayo GAA U17 football manager Sean Deane has made one change to his side for Round 4 of the Connacht GAA minor football championship against Galway this Friday evening, May 13th at 7:00pm in Tuam Stadium.  Crossmolina Deel Rovers star James Maheady returns to the team after serving a one game suspension and replaces Ballycroy's Rory Conway in the half-forward line.  Deane has named the same six defenders as against Sligo with Rio Mortimer, John MacMonagle, Lorcan Silke, Liam Maloney, Colm McHale and Paul Gilmore all starting for the fourth game in a row.  Balla's David Dolan continues in goals with Jack Keane from Hollymount /Carramore and Luke Feeney from Ballina Stephenites once again named at midfield.  Upfront Maheady is the solitary change with Zac Collins from Islandeady retaining his place on the forty with Diarmuid Duffy and Maheady now on the wings.  The proficient Mayo full-forward line of Cathal Keavney from Parke Keelogues Crimlin, Ronan Clarke from Bohola Moy Davitts and Niall Hurley from Claremorris are named once again in the inside line.
Ballycroy's Rory Conway and Tom Lydon from the Neale GAA are both named on the bench.  The game has a 7:00pm start at Tuam Stadium this Friday, May 13th.
Patrick Mc Tiernan Roscommon is down to officiate the game. Full live commentary on Midwest Radio with Stephen Grealis and Nigel Reape.
Ticket Link:  https://wwwiuniverse.com/users/connacht-gaa-YWLJG3
Live streamed by Connacht GAA on : https://page.inplayer.com/connachtgaa/item.html?id=2976471