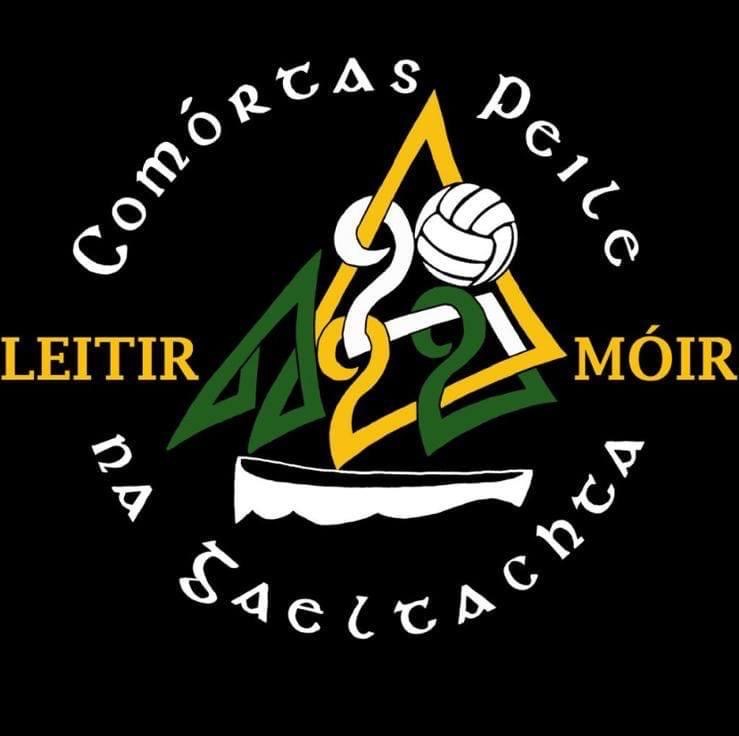 A massive weekend of football lies ahead for two Mayo GAA clubs with CLG Béal an Mhuirthead agus CLG Cill Chomáin heading to Galway for the National Comórtas Peile na Gaeltachta finals.  After a two year absence the Naomh Anna GAA club in Leitir Mór in the heart of the Connemara Gaeltacht is set to host Gaeltacht GAA teams from across the country over the June bank holiday weekend.  Mayo GAA will be well represented this year with CLG Béal an Mhuirthead competing in the senior competition and CLG Cill Chomáin competing in the junior section.

“Everyone loves playing in the Comórtas Peile as it is one of the best organised football tournaments in the country,” commented CLG Béal an Mhuirthead full-back Colin Barrett this week to www.mayogaa.com.   “We have being focused on the Comórtas from the very start of the year and we will be travelling with a full panel.   It is a brilliant competition as you get to test yourself against some of the best club and intercountry players in the country from Donegal, Kerry, Galway, Cork, Waterford and Meath.  The competition also gets massive media exposure with TG4 broadcasting the semi-finals and finals live so that is a great opportunity for club players to showcase their talents also,” commented Barrett.

A fluent Irish speaker Barrett is delighted to be back teaching in Belmullet National School this year.  “I qualified from Mary Immaculate College last year and was very lucky to get a job for the year at home.  We have a new manager in Liam McHale this year and there is great excitement around the parish.  Liam is highly regarded after winning the All-Ireland Club title with St. Brigids and also his involvement with the Roscommon senior team.  Training is very enjoyable and everyone is looking forward now to the Comórtas weekend,” commented Barrett.

Finalists in the Mayo Senior championship last year, Belmullet face back-to-back Donegal senior champions CLG Naomh Conaill from Glenties in the Quarter-Final on Saturday, June 4th at 5:00pm at Páirc Ros a’Mhil.  CLG Naomh Conaill are backboned by a host of Donegal senior players with Charles McGuinness, Ethan O’Donnell and Ciaran Thompson all featuring for Donegal this year with former greats like Leo McLoone, Dermot Molloy and Anthony Thompson all still featuring for their club.  “There are no easy games at the Comórtas finals and we are well aware of that after hosting the National finals a few years back.  There is always great excitement when the county players turn up and that shows how important the competition is to small rural Gaeltacht areas.  This year we have a very young and fit team and Liam McHale’s arrival has certainly added an extra bit of professionalism to the setup.  If we get over Naomh Conaill you’d never know what might happen,” commented Barrett.   If CLG Bhéal an Mhuirthead are still standing on Sunday, they will face the host club Cumann Peile Naomh Anna in a plum Semi-Final pairing live on TG4.

In the Junior Comórtas competition, CLG Cill Chomáin will be representing Mayo next weekend.  After a good run to the Mayo County Junior Football Final last year CLG Cill Chomáin center-forward Darragh Murphy is excited about their prospects in Connemara.  “The Comórtas is a brilliant weekend and we are going there this year to give it our best shot.  Kilmeena beat us in the county final last year and they went on to win the All-Ireland so we know we are not that far away.  Training has gone really well so far this year and we have everyone available to travel for the weekend.  We got to the Comórtas Junior Final just once before and it would be unreal to get back there again and this time go all the way and win it,” commented Murphy to www.mayogaa.com.

A national school teacher in Kildare, Murphy is well aware of the importance of the Comórtas to Gaeltacht clubs around the country.  “The GAA president will be there, the games are live on TG4 and thousands of people travel from every corner of the country to watch the games.  The Comórtas is about sport and friendships but it is also about our language and our heritage and that is what makes us unique and special,” commented Murphy.

CLG Chill Chomáin are drawn against CLG an tSean Phobail from Waterford at 11:00am on Saturday morning at Páirc na bPiarsaigh in Rosmuc and if they win the preliminary round they will play their Quarter-Final against CLG An Cheathrú Rua or Cumann Peile Naomh Anna at 7:00pm on Saturday evening at Páirc an Mhaimín in Leitir Mór.

Also representing CLG Cill Chomáin are their Ladies Intermediate team who play  Naomh Ann on Sunday 5th May at 1:15pm in Páirc an Mhaimín.