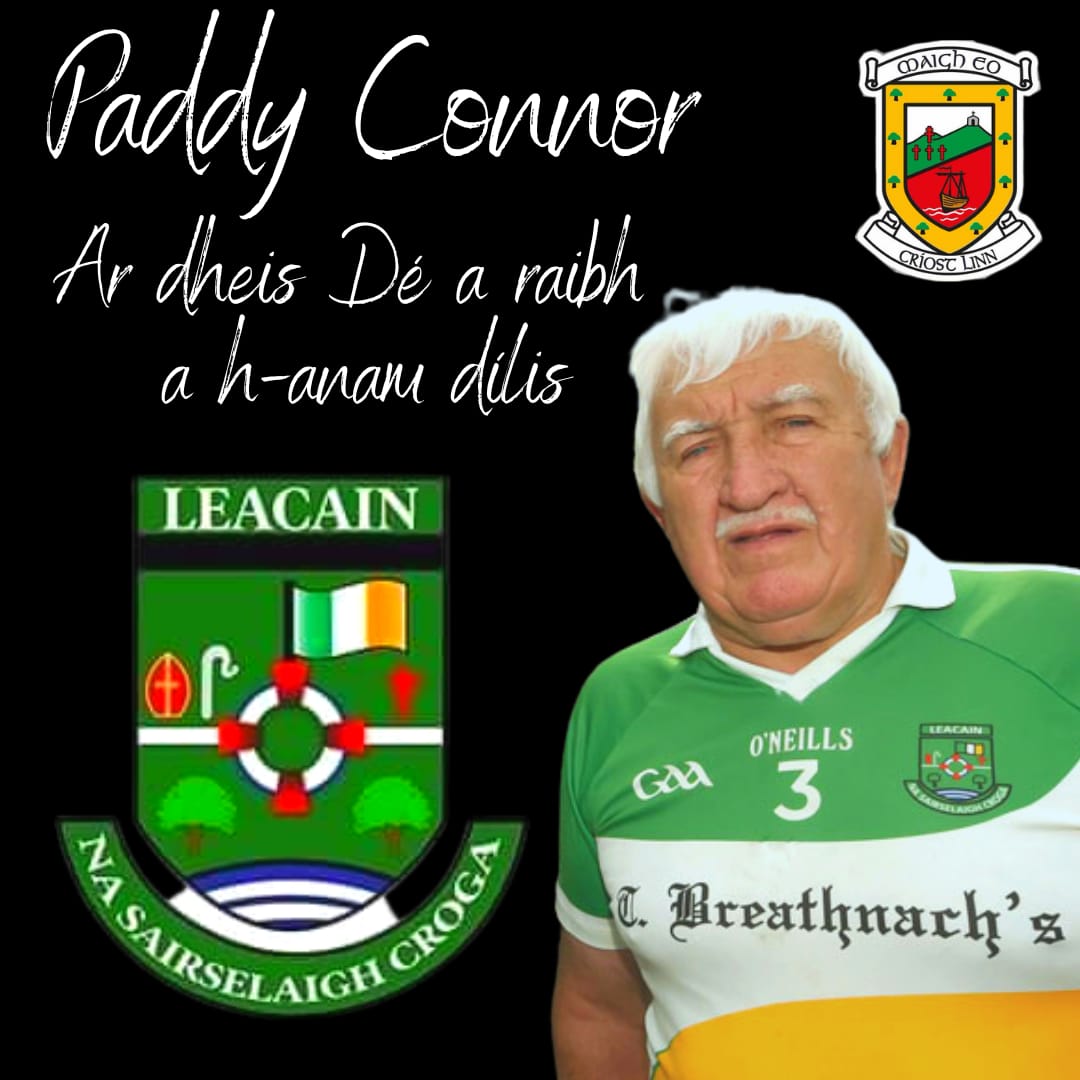 Everyone associated with Mayo GAA were deeply saddened to hear of the sudden passing of legendary Lacken Sarsfield GAA Club Chairperson Paddy Connor earlier this week.  Paddy was also a North Mayo and Mayo GAA County Board delegate and was highly regarded in GAA circles across the province.

Last weekend Paddy was officiating as an umpire with referee and Mayo GAA PRO John Walker at the Mayo GAA Senior Football League encounter between Belmullet and Davitts GAA.  A family friend, John Walker said the entire Mayo GAA family was in shock and deeply saddened to hear the news this week.

“Paddy was a legendary figure in Mayo GAA and there is great sadness not just in North Mayo but across the county this week.  He was kind, caring and always looked out for others.  He will be greatly missed by everyone associated with Mayo GAA.

A club and community man, when Paddy returned home from England in the late 1970’s he brought with him a set of medals and a trophy for a local GAA league.  “His heart was always in Lacken GAA and it didn’t matter where he was in the world, he was always thinking of those at home On his return to the parish he immersed himself once again in the local GAA club Lacken and set about driving it forward.  “His influence and commitment was unequalled.  He had a hand in every aspect of club life from fundraising to the field committee.  No job was too big and he just rolled up his sleeves and led from the front.  He was a true gentleman in every sense of the word. Paddy raised the white flag at numerous Mayo GAA County Finals in both hurling and football and was a regular on big days at Hastings Insurance MacHale Park.  “Many the overzealous cornerback heard his infamous line ‘cut it out there now lads before I call the referee’.  He was such a dedicated, honest and fair person and he will be missed by so many within the Mayo GAA family.

Paddy was also a wonderful mentor to so many young people in the GAA and had a positive and encouraging word to say about everyone.  Ní bheidh a leithéid ann arís. Mayo GAA would like to send their deepest sympathies to his wife Breege sons, Declan and Sean, brothers Frank, Michael, Gerry, Brendan and Brian his sister Martina, his adored grandchildern Margot and Arlo, his brothers-in-law, sisters-in-law, nieces, nephews relatives neighbours, many friends, his club Lacken Sarsfield and to all those in the community that knew him.

Funeral Mass on Tuesday at 12pm noon in Lacken Church followed by burial in Rathfran cemetery.

The Funeral Mass can be viewed on www.churchtv.ie/Lacken.