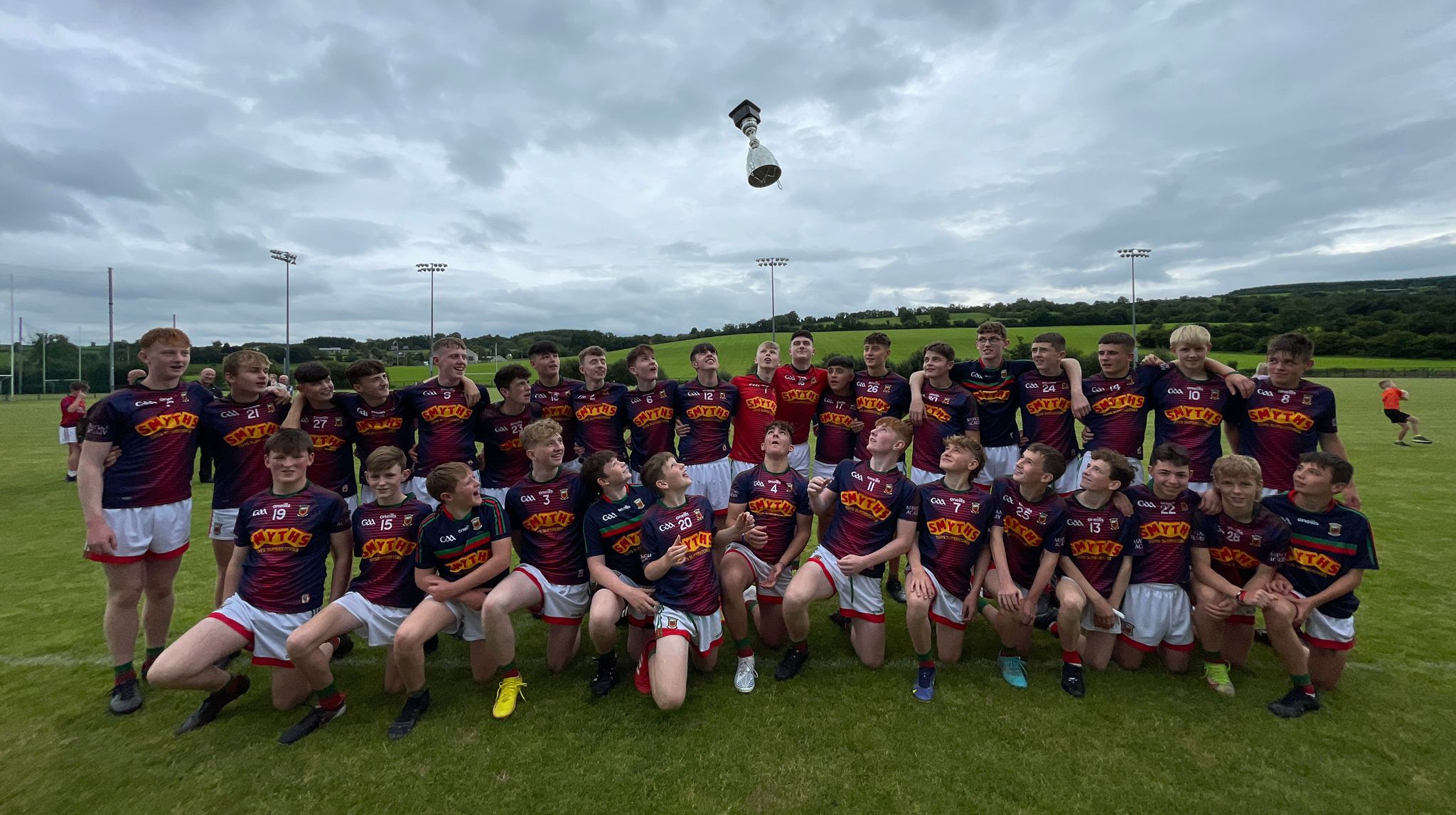 Dylan Quinn to the fore in the Final

A fast turnaround for both sides saw this All-Ireland U15 Hibernia Cup Final contested between Mayo and the more physically stronger Armagh outfit.

In this game it was Castlebar sharpshooter Dylan Quinn who drove on the Mayo attack up front converted 2-3 from play over the forty minutes of hurling. He was ably assisted in the scoring ranks by Niall Peoples (0-6), Oisin Duffy (0-2) and Fionn Cinsealla (0-2) as Mayo strode to victory in this decider. So much so that Mayo substitutes Dylan Burke and Tom Donnellan both goaled shortly after their introduction to the field in the second half.

The Mayo side showed great teamwork and work rate throughout the day culminating in an almost perfect days hurling. The Mayo defence conceded very little - due mostly to their tigerish defending - with Cian Fahey, Eoghan Enright and joint-captain Matthew Delaney excelling in the Mayo rear guard throughout.

Round 3: Mayo w/o Monaghan (Leitrim)

Special thanks to the following for their support of the team this year.

Corduff Travel Bus operators for all the long distance journeys.

Mooney Foods for the food packs for game days.

Ballyvary Pitch for the training facilities.

Mayo GAA for the training pitches and financial support.

Parents for coming on long journeys to support.