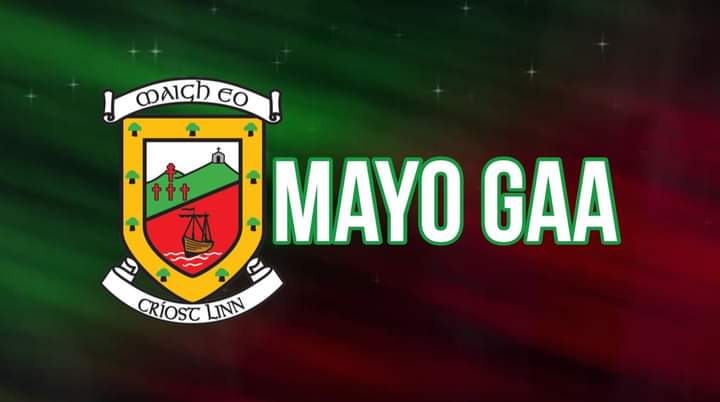 The 2022 Mayo GAA Football Club Championship kicked off last Saturday (3rd of September) and first out of the blocks were the men from Westport who travelled south to Cong to face the local side Neale GAA.  Westport were keen to put a marker down early for new manager Martin Connolly who is ably assisted this year by well-known local GAA coach Shane Conway.  Westport hit the ground running in this game going in at half time 1-13 to 0-01 in front.  The early goal came from the boot of Mayo GAA senior panellist Mark Moran.  The Neale were without their talisman and Mayo star Tommy Conroy, who is still recovering from an injury he picked while playing for NUI Galway in the Sigerson Cup last Spring.  Westport came out in the second half with fire in their bellies and landed two more goals from Pat Lambert and a goal coming from debutant Finbar McLaughlin, younger brother of Mayo wing-back Eoghan McLaughlin. It finished 3-23 to 0-03 in favour of the west Mayo side.  Westport will be extremely happy with their performance and have gotten off to a great start in the Championship.  The Neale struggled to cope with the power and pace of the Westport forwards and will need to circle the wagons before they take on Mayo Gaels next weekend.

Ballina Stephenites headed across the border into Roscommon to face Ballaghaderreen in their opening round Connacht Gold Championship encounter. This turned out to be the game off the weekend.  Ballina had a lot of youth in their side with Sam Callinan and Frank Irwin partnering at midfield.  Ballaghaderreen on the other hand used their experience to carve out a much needed point at the finish.  Ballina went in at half time winning by 0-06 to 0-05 with some brilliant scores coming from Conor McStay and Niall Feeney.  The Ballina manager Niall Heffernan and Ballaghaderreen joint managers of Paul McHugh and Dessie Lynch rallied their troops at the interval and the second half produced some excellent football.  Ballina looked like winners close to the finish but were rocked when David McBrien rattled the net with a well worked goal for the home side late on.  Ballina responded with a monstrous score from Conor McStay to tie up the game.  It finished level Ballina 0-10 Ballaghaderreen 1-07.  A few positives for Ballaghaderreen include the performance of Kuba Callaghan, who scored 0-04 and the introduction of six time All-Star Andy Moran, who came off the bench to score a crucial point.  Padraig O’Hora looked fit and full of running for Ballina and that is good news for the North Mayo side who now face Knockmore at home in the next round.

Garrymore looked very impressive in the first round of the Championship beating neighbours Davitts 2-10 to 1-07 on their home turf.  Davitts had a steep mountain to climb from early on in this match when they fell behind 1-04 to 0-00 in the first ten minutes.  Davitts slowly came back into the game as the half progressed with some excellent frees from Niall Tracey.  Davitts went in at the break 0-05 points down but their second half revival never materialised.  The Garrymore goals came from Michael Connolly and Mark Gibbons.

Belmullet made the long haul to Balla for their first Championship game which turned out to be a cracker. A Conor Walsh goal came very early on for the home side which stunned the Belmullet defence.  A second Balla goal followed in the 23rd minute when Jack Harte was in the right spot at the right time.   Harte tapped the ball into the net after Belmullet goalkeeper Scott Kilker saved the first effort.  Belmullet corner forward Ronan Murray scored a good goal for the visitors before the break to leave four between the sides at the short whistle, 1-04 to 2-05.  Inside 30 seconds of the restart Murray had the Balla net bulging again with a superb individual effort.  The home side refused to buckle and kicked some excellent points from play and frees in the closing stages.  The day however belonged to sharpshooter Ronan Murray who once again pounced to score his third goal of the afternoon before the finish.   Belmullet’s Scot Kilker and Balla’s Conor Walsh and Gary McHale exchanged points at the death but the visitors had their noses in front by the slenderest of margins at the end.  It finished 3-08 to 2-10.

Knockmore started off their Championship as planned with a convincing win over Aghamore. Ray Dempsey’s side got off to the perfect start when Darren McHale found the net just after 2 minutes.  Aghamore dug deep in the opening half and landed some excellent points from Fergal Boland, Conor Byrne, Ross Egan and Séan Og Tighe.  At the break the game was level 1-03 to 0-06.  In the second half Dempsey’s side showed their class and experience pushing out their lead with two excellent goals from McHale and Mayo star Aidan Orme.  Kevin McLoughlin dominated around the middle and his exquisite passes caused consternation in the Aghamore defence all afternoon.  It finished Knockmore 3-08 Aghamore 0-11.

Castlebar hosted Charlestown at Josie Munnelly Park in an exciting and entertaining game in the county town.  Charlestown relied heavily on Paul Towey for scores all afternoon.  Fresh from his adventures in Chicago the Mayo forward didn’t disappoint scoring 0-06 over the hour.  Castlebar went in leading at the break 0-06 to 0-02 after some superb scores from Paddy Heneghan.  Worryingly for Castlebar, Mayo wing-back Paddy Durcan had to come off with an ankle injury during this encounter.  The visitors narrowed the gap to a solitary point close to the end before Towey missed a free at the end to level matters.   It finished Castlebar 0-11, Charlestown 0-10.

Claremorris hosted Breaffy in the first round of the Championship at Cannon Gibbons Memorial Park.  Breaffy dominated this clash from start to finish and had too much power and experience with the two O’Shea brothers Aiden and Conor lording matters around the middle.  Matthew Ruane’s running and ability to carry the ball was another key factor in their win.  Breaffy went in at the break 0-04 to 0-08 up with Aidan and Conor O’Shea both getting on the scoresheet.  Breaffy excelled once again in the second half despite the best efforts of James McCormack who kicked 0-04 points for Clarmorris.  Breaffy won comfortably by 1-16 to 0-11.

Newly promoted Mayo Gaels made the short trip to Clogher for a mouth-watering local derby with Ballintubber.  The visitors however, couldn’t match the scoring prowess and class of Cillian O’Connor who finished the game with 0-06.  Mayo Gaels had a few goal chances early on in this game but poor execution cost them dearly at the finish.  Ballintubber’s experience and guile shone through from the start and even a missed O’Connor penalty before half time mattered little.  Ballintubber led 0-09 to Mayo Geals 0-03 at half time. A well worked goal from Jason Gibbons in the second half put this game to bed.  Last year’s Intermediate champions fought to the bitter end but the gulf in class was obvious from the early stages.  It finished Ballintubber 1-16 Mayo Gaels 0-07.