Give Respect Get Respect 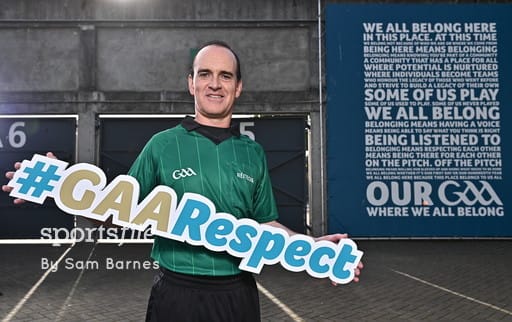 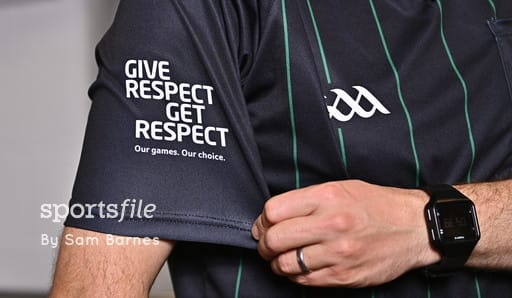 Tá Craobhchomórtais na gClubanna go maith faoi lánseol faoin tráth seo agus am thar a bheith speisialta atá ann do gach duine a rinne ionadaíocht thar ceann a gcuid clubanna le roinnt míonna anuas. Tá sé fíorthábhachtach a chuimhneamh gur am an-speisialta atá ann do na réiteoirí ar fad a rinne ionadaíocht thar ceann a gcuid pobal agus clubanna, freisin. Tá ár gcuid réiteoirí chomh tábhachtach céanna do CLG agus atá ár gcuid imreoirí, cóitseálaithe, baill choiste agus duine ar bith eile a bhíonn ag feidhmiú go deonach thar ceann an Chumainn. As we head towards the end of the first designated window for the club season there can be no denying that our club championships have been given a fantastic opportunity to take centre stage. Just as our club players have been put on centre stage, so too have our dedicated referees and match officials and it has never been more important to single them out for special appreciation. But actions need to speak louder than words when it comes to respect for our referees because allegations around the actions of a small few has cast a shadow over the entire Association. To be the embodiment of the GAA manifesto, Where We All Belong requires that no one is left out or left behind. The people who act as match officials make a contribution that our games cannot exist without. They are as important to the GAA as every player, coach, committee member and volunteer. They are dedicated to Gaelic games, have a passion for their vocation and have families who are proud of the contribution they make. How we treat them says something about us, and the only treatment we should tolerate is one of utmost respect. I have referenced previously the prevalence of inflammatory language and a culture of negative criticism and what one American commentator has called ‘the corrosive assault on civility’. The GAA we want is one that is truly Where We All Belong, where respect for all of its members is not a slogan but enshrined in our ethos. I believe we have the opportunity and ability to ensure that our GAA community sets the tone for where Respect for all of our members should be, and I’d urge all of us to show courage to make sure that this opportunity is not lost. Does your club supply referees? If not, why not? If your club supplies referees, do they feel supported and appreciated for that contribution? If not, why not? Does your club set and monitor a code of best practice and standards for behaviour on the field and on the sideline? Again, if not, why not? Are parents of juvenile players in your club aware of the standards that we insist upon at our games? The standards we set in our own clubs, on our sidelines, among our own members need to be clear and unequivocal. All of those involved in our games must adhere to our standards of discipline and we will not tolerate abuse of players, coaches, members or match officials.

There is nothing complicated about any of the above. But we need to get out of our comfort zone and shake off an air of complacency around Give Respect, Get Respect that has allowed our levels of discipline to drop. Crucially, when we fall short of the standards that we set for ourselves, we need to face up to it and accept the associated punishment. Last spring the Association launched a five-year strategic plan that placed referee recruitment and retention as one of its central pillars. This month we launch a review in several key areas that include the penalties for infraction against Match Officials, how these are handled within the disciplinary system with the aim to make motions to 2023 Congress and a full review of the current Give Respect Get Respect initiative. Let’s make the GAA a place Where We All Belong and we are all respected. Ar aghaidh linn le chéile. Is mise le meas, Labhrás Mac Carthaigh Uachtarán