Match Report for the TF Royal Hotel Junior B Final 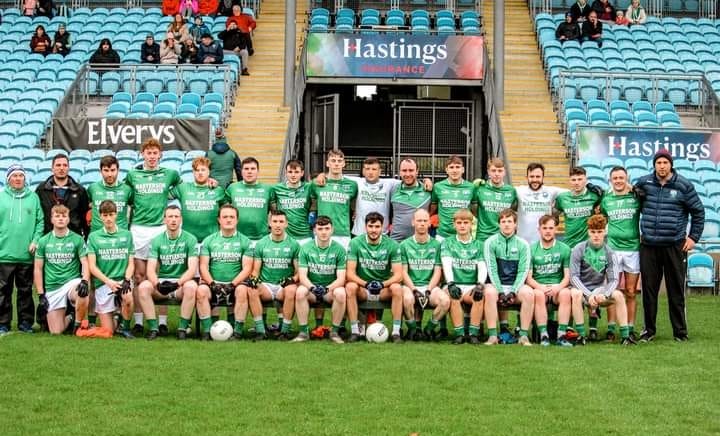 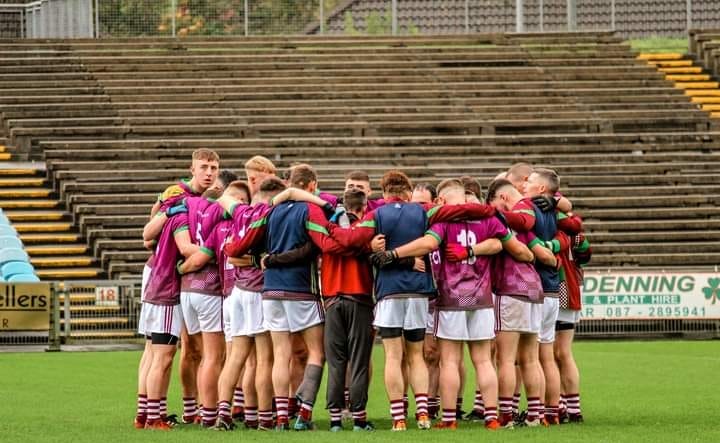 Achill faced off against Moygownagh in the first of this weekend’s county finals in Hasting’s Insurance McHale Park. Goals win games as the saying goes and it was an early goal for Achill that lead them on the path to Junior B Glory.

A lively start to Saturday’s first game saw Achill rattle the back of the Moygownagh net after only 20 seconds of play courtesy of Sean Lively McNamara. Peter Gallagher soon added the first point of the game to give Achill the dream start they were looking for.

Alan Gallagher opened Moygownagh’s account with a couple of singles, adding a point from play and a point from a free kick. Brian Lavelle pointed for Achill before his side was awarded a penalty as Eoin Murphy was fouled inside the Moygownagh penalty area. Eddie Doran stepped up to the spot but Patrick Patten was equal to the effort and denied Achill’s second goal of the contest. Murphy ventured into the Moygownagh 45’ again to force a turnover from the North Mayo side and slotted over a point for his efforts.

Gallagher replied for Moygownagh again from a free kick before Lively McNamara found himself through on goal for the second time but failed to hit the target at the second time of asking. Doran extended Achill’s lead to three as Lively McNamara saw another effort at goal saved by Patten as the first half entered injury time. The half time whistle sounded after Brian Lavelle raised a white flag, leaving five between the sides at the interval.

Moygownagh began the second half similarly to how Achill started the first by finding a score inside the first minute of play as Gallagher added both his and his side’s fourth point. Lively McNamara raised his first white flag by finishing off a slick move involving Murphy and James O’Hara.

As many goal chances went abegging in the first half, a second green flag was waved five minutes in the second period of play, but it was Moygownagh who found the net. Gallagher’s attempted free kick from range dropped in the Achill square and Garry Carey was at hand to finish the ball into the back of the net, leaving only two points between the sides.

Lavelle quickly doubled Achill’s lead again with a couple of singles and Michael Darragh Sweeney provided an instant impact by raising a white from coming off the subs bench. John McDonnell added a point from wing back for the North Mayo men but that would be their last score for ten minutes as Achill added a further 1-2 in the same period. John Joyce added a fine point from play off his left and a free kick off his right.

It was the eventual man of the match, Lavelle, that found the net for the second time for Achill. Sweeney ran at the Moygownagh defence before playing the corner forward through on goal and Lavelle made no mistake in finding the roof of the net. Gallagher had one more point in his locker as he slotted over his fifth point from a free kick.

Achill began the days scoring inside the first twenty seconds of the game and ended the contest’s scoring in the final 20 seconds as Joyce added his third point, leaving Achill the victors and new Junior B Champions by a margin of nine points.

Man of the Match: Brian Lavelle