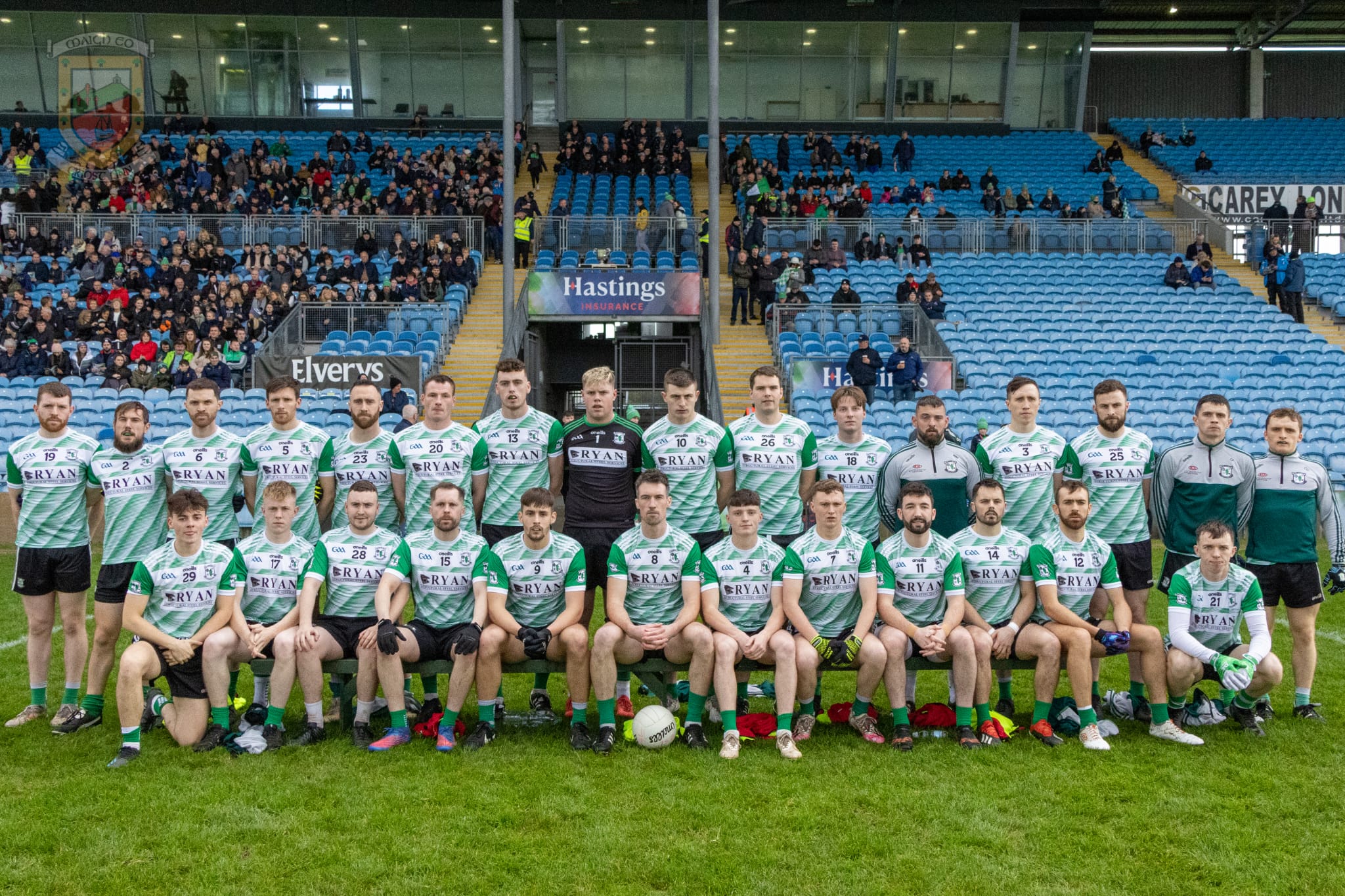 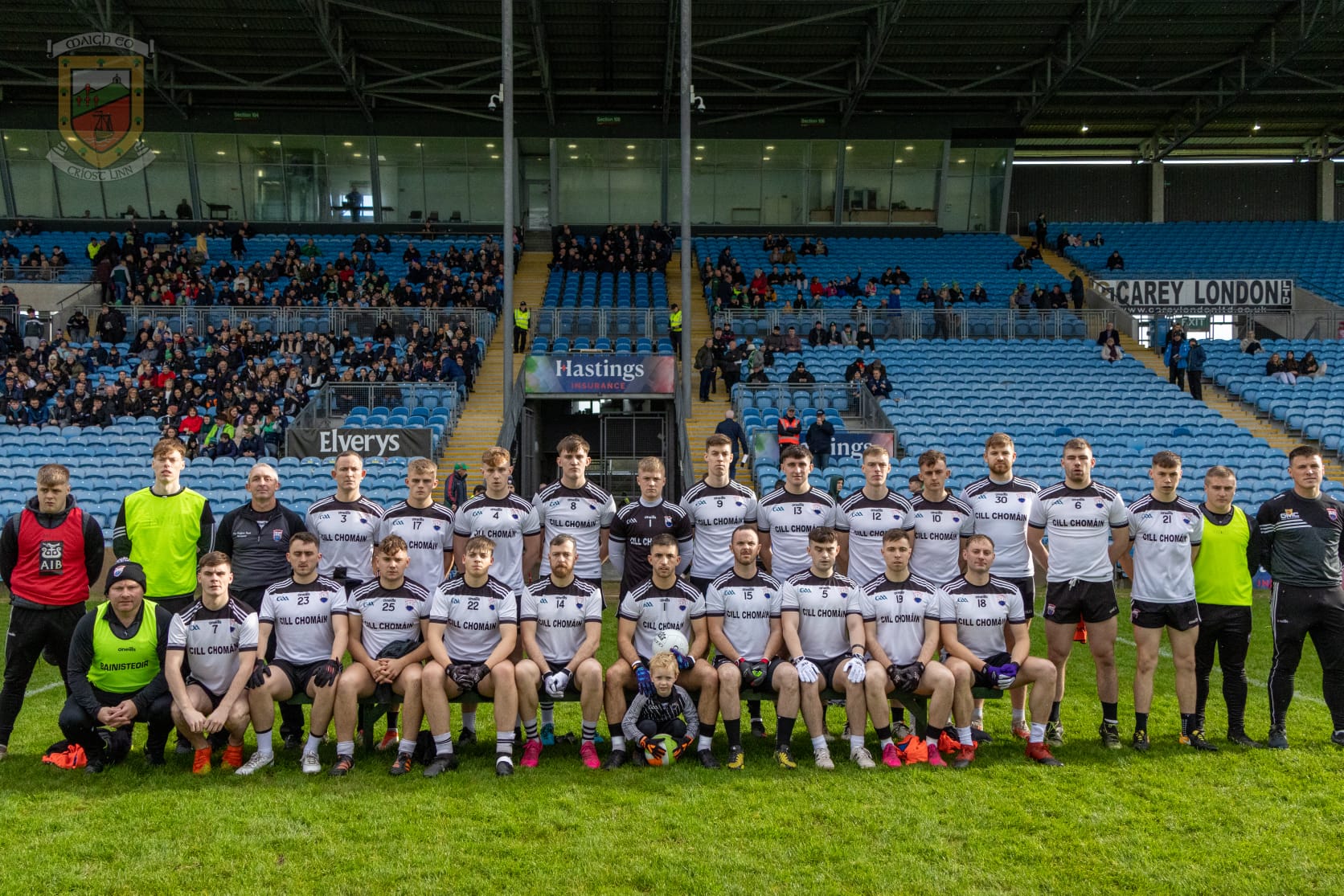 The second day of a packed weekend for club football in Hasting’s Insurance McHale Park started off with Shane Hopkin’s Islandeady battling it out against Pól Mac Ghearraigh’s Cill Chomain to see who would claim the Junior A Title.

It was dry conditions in McHale Park with Cill Chomain battling against a strong breeze in the first half.

Pat Carolan opened the score line between the two teams slotting over the bar approaching the two-minute mark.

Cill Chomain struggled to answer back until Derek Moran replied ending their scoring drought slotting over the bar in the seventh minute.

Cill Chomain were trailing Islandaedy 0-03 to 0-01 until Derek Moran found the back of Bryan O’Flaherty’s net scoring the first of three goals in the game.

Both teams were evenly matched once Cill Chomain got that much needed goal and the battle was well and truly on to see who would be going home with the Junior A Title.

Islandeady had to pull all the tricks out of the bag in order to stay in the game finding the back of the net in the seventeenth minute, finally putting a goal on the scoreboard

Cill Chomain were in trouble struggling to provide any scores after the wake of the Islandeady goal, many chances gone wide in attempts to level the game.

Even though they were trailing behind Cill Chomain were the stronger side out of the two teams in the first half heading into the second half with everything yet to play for.

It was Islandeady leading by three points at half time but as we know in GAA there is all to play for in the second half.

Islandeady were going up against the breeze in the second half with still dry conditions and they started the second half strong as Seamie Lally found the back of the net within the first minute of the seconds half.

Having scored two goals Islandeady seemed to be taking their time with scoring opportunities and displayed great defending in order to keep Cill Choman away from Bryan O’Flaherty’s goal.

Many scoring opportunities were poorly executed from Cill Chomain which could have decreased the gap in the scores.

There was four additional minutes in the second half which were crucial for Cill Chomain.

Islandeady were stunned by Cill Chomain in these final minutes four minutes with Cill Chomain giving it their all creating four goal attempts in the hopes of keeping their Junior A Title dreams alive.

As the final whistle blew Islandeady rejoiced as captain Peter Collins climbed the steps of Hastings McHale Park as they were crowned Junior A Champions defeating Cill Chomain by 2-11 to 1-7.

Man of the match: Brendan Gibbons