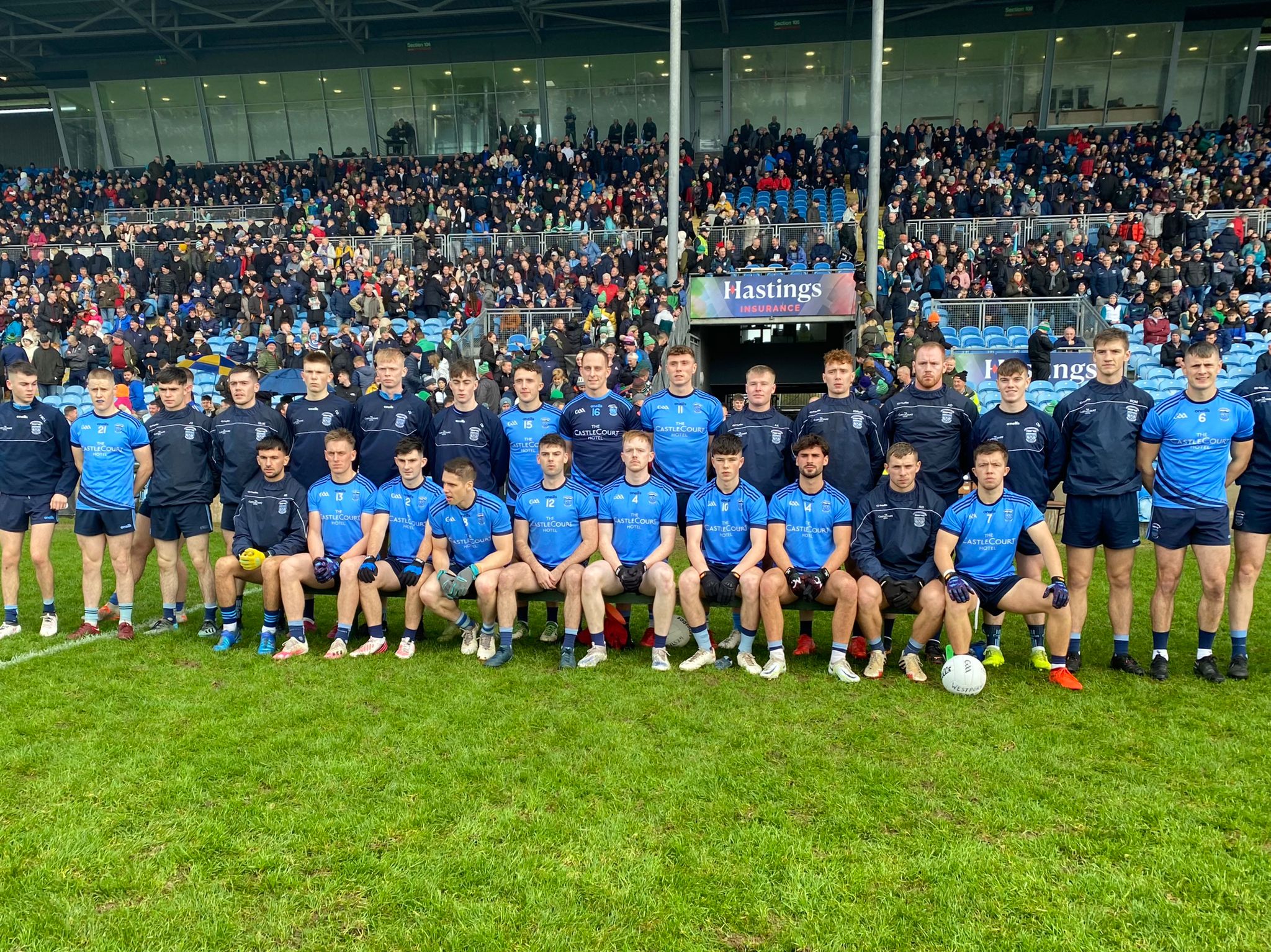 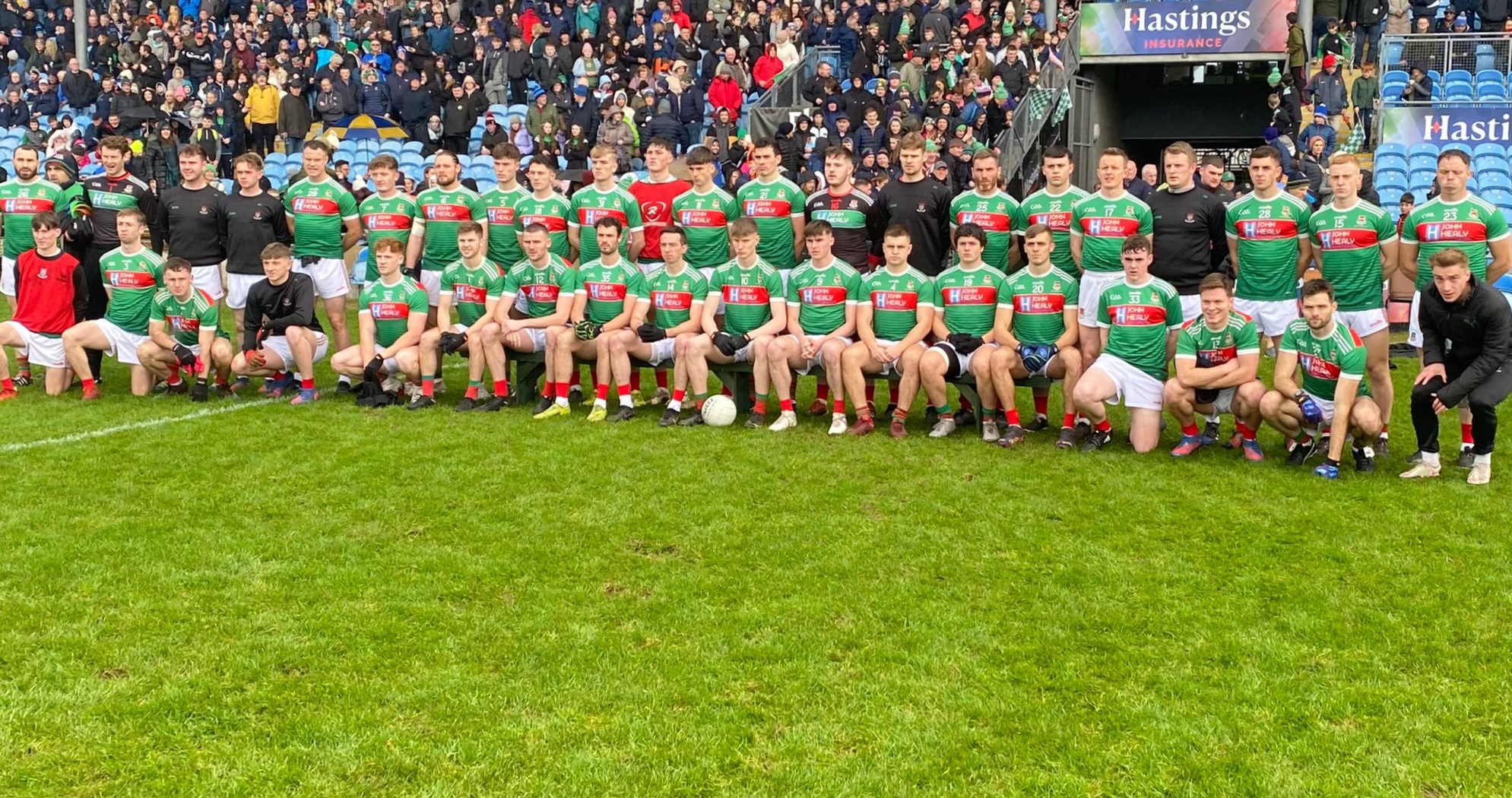 After weeks of games full of joy and some of heartbreak, it was time for the second final of the day to see who would be leaving Hasting’s Insurance McHale Park with the Paddy Moclair Cup.

It’s safe to say neither team had an easy ticket to get to this final and there was no doubt supporters were in for a treat in this special final.

Each team came into this match with victory on their minds as Ballina looked to claim their thirty seventh title and Martin Connolly’s looking to create club history on the hunt for their first title.

Weather conditions stayed dry as we awaited to see who our new Moclair Cup Champions would be.

It was a neck and neck battle from the beginning as Westport’s Killian Kilkelly opened the score line between the two teams within the first minute slotting the ball over the bar but was quickly answered by Ballina’s first point of the game by Mike Murray in the second minute.

In the first half both teams struggled greatly to get passed each other’s defence to create a scoring opportunity.

Ballina’s Evan Regan added to the scoreboard in the sixth minute but was quickly answered by Westport’s Kevin Keane to make the teams level once more.

We were certain it was going to be a tight game with each team matching each other’s scoring ability which left supporters at McHale Park struggling to pick a winner out of the two teams.

Ballina’s Evan Regan picked up a black card just before half time, but Conor McStay gave Ballina the advantage going into half time with the score line 0-05 to 0-04.

It was all yet to play for in the second half as Westport trailed Ballina by a single point.

Five minutes into the second half Ballina’s Dylan Thorton picked up an injury which ended his final being replaced by Luke Doherty.

Westport only managed to increase their first-half total by one point despite having a man advantage for the first 10 minutes of the second half.

Both teams continued to be equally matched until Westport were granted a penalty in the thirteenth minute with     Killian Kilkelly beating David Clarke in goals to shoot the ball in the back of the net, giving Westport a crucial three-point lead.

It didn’t take long for Ballina to answer back as Padraig O’Hora slotted past Westport’s Paddy O’Malley to level the game once more.

A fire lit within the Westport team as they began to realise it was now or never to make their dream of bringing home the Moclair Cup a reality as Paddy O’Malley, Niall Mc Manamon and Alan Kennedy added to Westport’s lead.

Westport’s victory was set in stone as Ballina struggled to decrease Westport’s lead with Evan Regan’s free in the thirty fifth minute being Ballina’s last attempt to overcome Westport.

As the final whistle blew history was made as Westport claimed their first Moclair Title as McHale Park became a sea of blue.

There was nothing but teras of joy for the people of Westport as joint captains Niall Mc Manamon and Oisin Mc Laughlin followed by their Westport climbed the steps of Hastings Insurance McHale Park to lift the Paddy Moclair Cup.