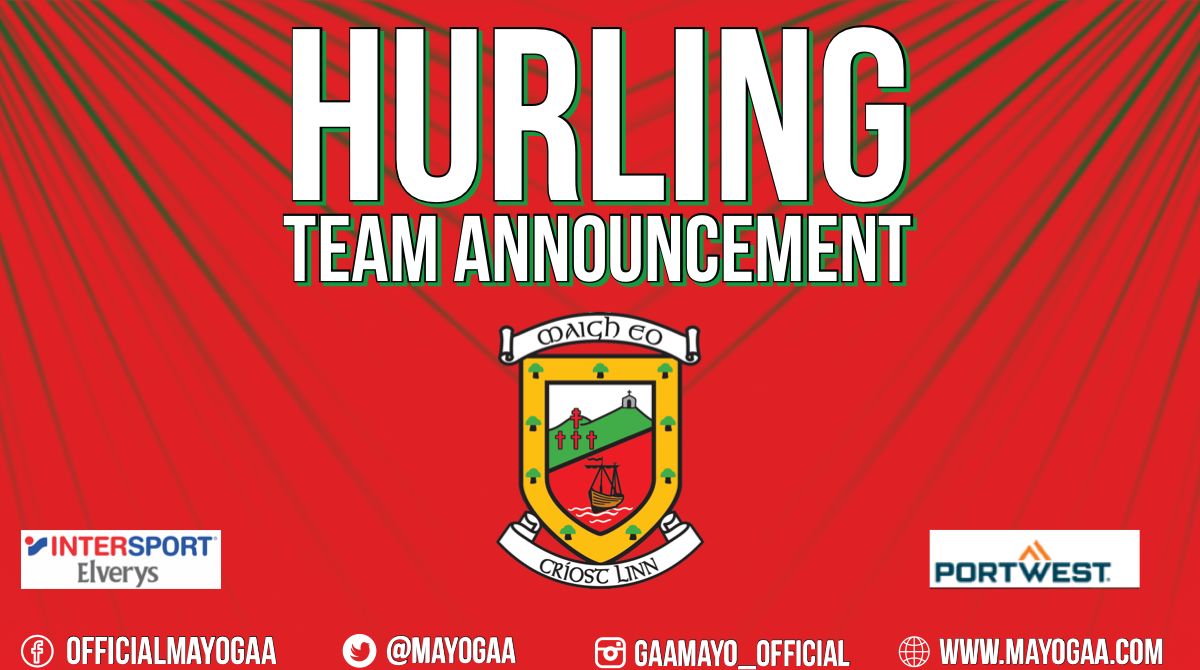 A new beginning for the Mayo GAA senior hurlers also tomorrow (Jan 2, at 3:00pm) with new managers Ballyhaunis duo Dave McConn and Tom Phillips opening their 2023 campaign with an intriguing game against Leitrim in the Connacht GAA hurling league at the University of Galway Air Dome in Bekan. McConn and Phillips have to plan without their Tooreen contengient but their absence offers chances to others like Luke Connor and Paddy Dozio from Caiseal Gaels.  Evan Heraty and Frank Burke from Moytura hurling club are also getting a chance to shine with Westport’s Keelan and James Gallagher also getting the nod to start. Adrian, Mark and Cormac Phillips from Ballyhaunis are named in the starting fifteen with Conor Murray and Barry Lane from Castlebar Mitchell’s also getting an early outing. The game starts at 15:00 tomorrow, Monday in Bekan. This is a ticket only event, you can purchase your tickets online at https://www.universe.com/events/connacht-hurling-league-pre-lim-mayo-leitrim-tickets-7WDRFX
The game is also live streamed by Connacht GAA on https://page.inplayer.com/connachtgaa/item.html?I%27d=3537029
The Mayo Hurling team is as follows:
SUBS:
Management Team:
David McConn, Tom Phillips, Mike Ryan, John Cunnane, Trevor Kelly and Gary Conway.