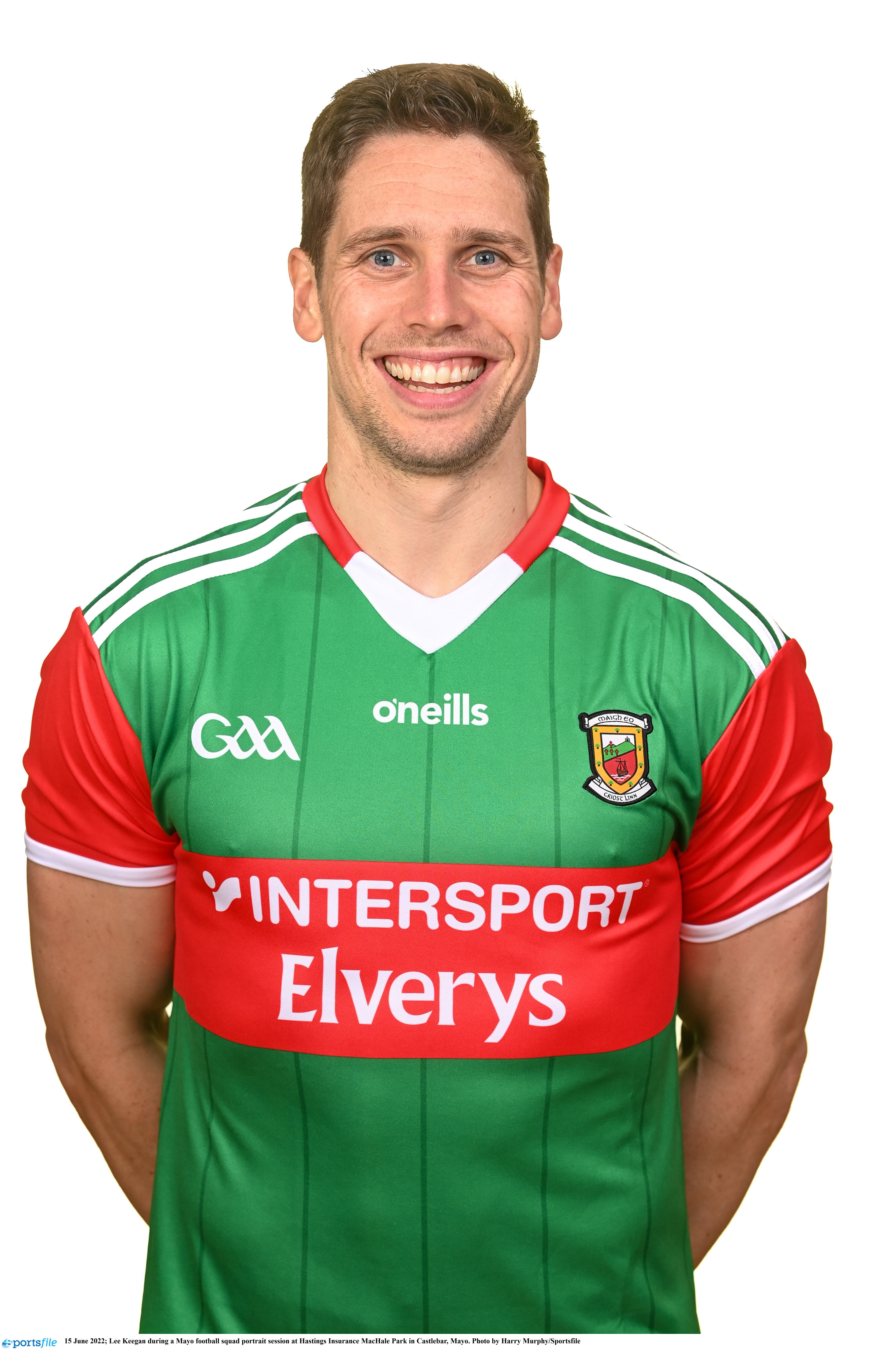 After an outstanding eleven-year career in the Mayo jersey, Lee Keegan has announced his retirement from senior intercounty football.  Lee created many happy memories for Mayo supporters, and it is safe to say he will forever be known as one of the best to play for the county. Lee has been a phenomenal servant since making his league debut against Galway on 27 February 2011. He made 73 league appearances, scoring 1-23 and went on to make 67 championship appearances, scoring 7-48. He made his championship debut against Cork on 31 July, 2011.  His total of 140 appearances places him fifth on the all-time Mayo list behind Andy Moran, Keith Higgins, Aidan O’Shea and Kevin McLoughlin. He scored 8-71 throughout his time representing Mayo. Lee’s last game for Mayo was on 26 June, 2022, in Croke Park versus Kerry in the All-Ireland quarter-final.  He made 19 FBD League appearances, making his debut against Sligo on 24 January 2010 in Charlestown.  Lee’s efforts didn’t go unnoticed throughout the years with the Westport native being a five-time All Star winner – 2012, 2013, 2015 and 2016 at right-half back and 2021 at full back, a record for a Connacht footballer. He earned nine All Star nominations (2012-2017 and 2020-2022), a joint record for a Connacht footballer that he shares with Galway’s Padraic Joyce. Lee was named as the 2016 Footballer of the Year and was also nominated for this award in 2013 and 2021.  He made four appearances for Ireland in the International Rules Series versus Australia in 2013, 2014 and 2015 and was chosen as vice-captain in 2015. Lee played U21 with Mayo in 2009 and 2010. He never played minor championship for the county. He achieved the following in the Mayo jersey;

All at Mayo GAA thank Lee for his contribution to Mayo football throughout the years and we wish him the best of luck in his future endeavours.

“I have enjoyed every minute of my time with Mayo. We had great days and some memorable victories. For me, it was always about wearing that Mayo jersey with pride every single day, and I was honoured to play alongside players who were of the same mind, and under managers who drove high standards on and off the pitch. But all good things must come to an end. The reality is that I have had to rely on a lot of people – most notably my wife Aoife – to give me the time and space to pursue my dream. Now that we have two young children, Lile and Rhea, I am keenly aware that I am no longer able to commit to inter-county football in the way I did over the past eleven years. I will continue to make myself available to Westport and look forward to building on last year’s historic success in the years ahead. I wish Mayo every success in 2023 and beyond. I will be cheering them on from the terraces. That’ll be an unusual experience for me, I’m sure, but such is the way of life.”

“On behalf of Mayo GAA, I would like to sincerely thank Lee for his outstanding commitment and service. Lee was an exceptional club player with his club St.Patrick's Westport GAA and followed these very high standards up when he progressed to Intercounty football. His commitment to Mayo GAA whether it be at training or in an All-Ireland Final. Lee never wavered and he impressed so many with his endeavours. Mayo GAA would like to wish Lee and his family the very best of luck in the future.”

“Lee has represented Mayo with great distinction. He was indestructible and defiant: on the biggest days, he walked tall and proud. Lee embodied the resilience of Mayo. The example he set will continue to inspire Mayo for many years to come.”