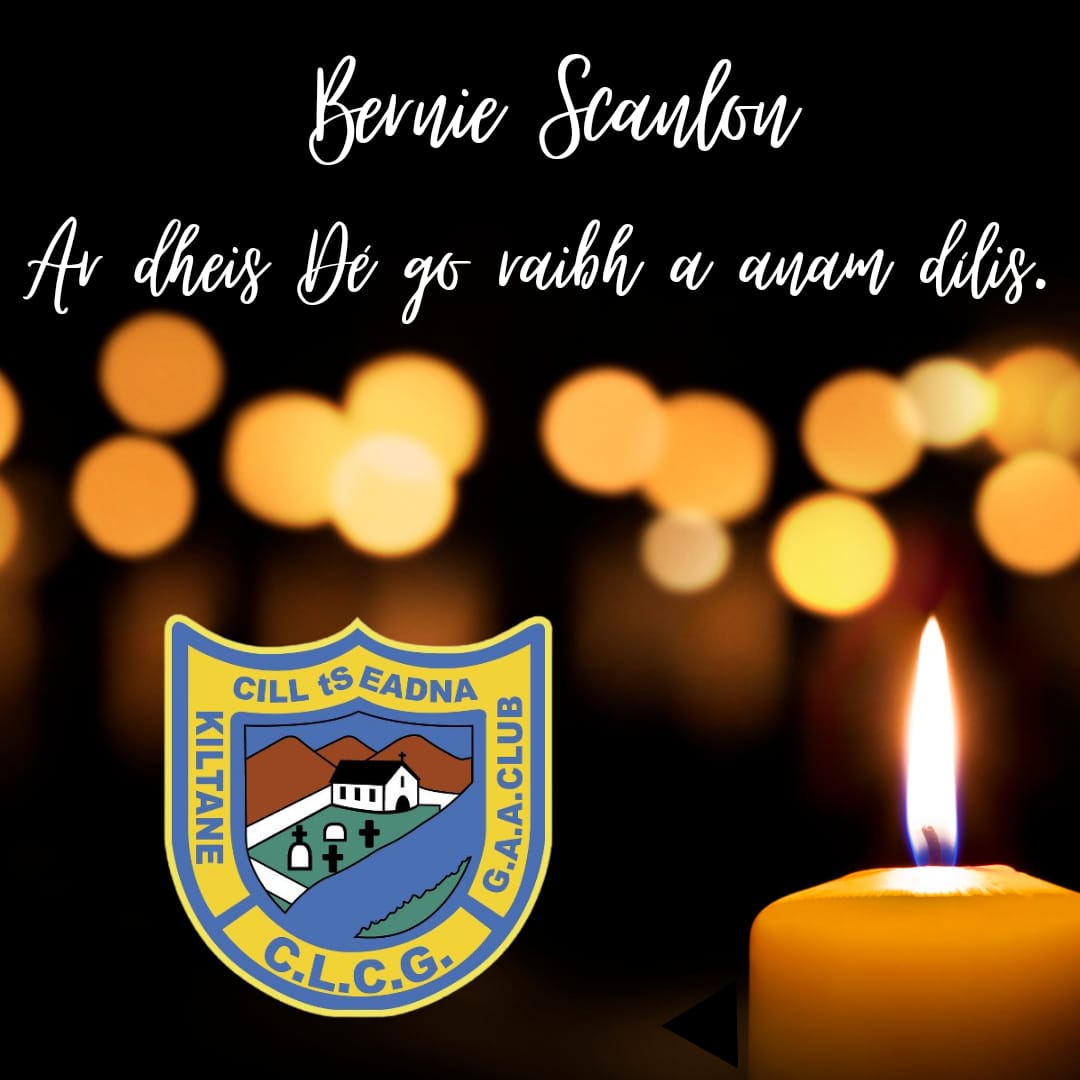 All at Mayo GAA are saddened to hear of the passing of Bernie Scanlon RIP Dooyork Geesala.

Bernie gave a lifetime of outstanding service to his club Kiltane GAA, he holds the distinction of being the longest serving active member of the club

Throughout that association he made an enormous contribution in his capacity as founder member, player, mentor, delegate, executive member, club ambassador, worker and fundraiser. He was also a noted Mayo supporter who attended games far and wide with regular visits to Croke Park, while some ten plus years ago he travelled to New York for a Mayo senior championship game. He was a man with a large circle of Gaelic Games friends, many of whom he met on his travels to Kiltane games, as well as when officiating on behalf of the county, in MacHale Park and many other venues throughout Mayo.

His legacy will be forever etched in the history of the Kiltane GAA club.

Reposing at his family residence in Dooyork from 11 o clock on Thursday morning the 19th January until 6 o' clock on Friday evening the 20th January. Funeral will arrive at St. Colmcille's Church, Geesala on Friday evening at 8 o'clock. Funeral Mass on Saturday at 12 noon with burial afterwards in Geesala Cemetery.

All at Mayo GAA would like to express our deepest sympathy to all of Bernie's family and friends.