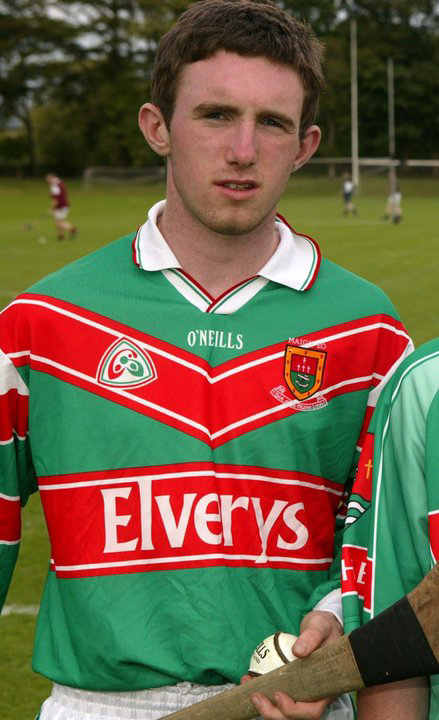 The death of Mayo hurling star Adrian Freeman, in a car accident in Australia last Saturday, has sent shockwaves throughout the county. Here his club colleague and friend Adrian Hession pays a moving tribute.

Adrian Freeman (24) was born in March 1986, the second child of Seamas Freeman (Kinagha, Tooreen) and Ita Robinson (Tynagh, Loughrea). Adrian was the second of three children and has an elder sister Louise, who is 28 and is a doctor based in Galway. His younger brother Cathal is 20 years. Hurling was in his blood from the start with as his father Seamus represented Tooreen in many senior finals throughout the 70s and 80s. His mother Ita is a sister-in-law of Loughrea hurley maker Phillip Larkin. Ita is a public health nurse with the HSE and Seamus is a builder.

Adrian started his education in Tooreen NS in 1991 before going onto Ballyhaunis Community School in 1999. He also went to Limerick IT between 2004 and 2009, where he qualified as a Civil Engineer.

It was during is time in Tooreen NS that his love of sport flourished and as a seven-year-old, commenced hurling with the Tooreen Hurling Club under the coaching of Jackie Coyne. He also commenced football with Aghamore GAA club around this time and could easily adapt to both sports. Adrian also played competitive soccer throughout his youth and had trials with clubs in Dublin and overseas.

But hurling was his first love and he first came to prominence with the Connacht Colleges Hurling touring party to North America as a 16 year-old, where he mixed his skills with many future Galway inter-county hurlers. As an U16, he made his Tooreen Senior debut in 2002 before going on to win his first and only Mayo Senior Hurling Championship medal as a 17-year-old in 2003.
As a Minor he made his debut for the Mayo Senior hurlers playing on the Mayo side which went down to Kildare in the All-Ireland Senior 'B' hurling championship final in Croke Park. He also won two Connacht U21B hurling titles along the way, as well as numerous underage club titles with Tooreen. He became a regular in the Mayo setup under managers Gerry Spelman, Frank Browne and Martin Brennan and was Mayo's most consistent player in 2008 and 2009 in their march to the Christy Ring Cup semi-finals. In 2009 he was awarded a Christy Ring All-Star for his displays in the Tier 2 championship.

On the football field, he had a lively underage career with Aghamore. His 'Twinkle Toed' fast feet was abbreviated to the name 'Twink' - a name which stuck with him throughout his career. He played Ted Webb Cup for Mayo in 2002, and also that year was part of a strong Aghamore Minor side which reached the Mayo Minor 'A' final before being beaten by a strong Castlebar Mitchels side in Garrymore. In 2004 he was part of the Aghamore Junior panel which won the Mayo Junior title against Ballina 'B' while four years later in 2008, he starred at corner forward as Aghamore beat Kilmaine in the IFC final to return to Senior football for the first time since 1990. He will be best remember for Aghamores third goal in their 3-5 to 1-9 win over Kilmaine - as his famous Twinkle Toes chipped the ball over the advancing Kilmaine custodian to seal victory for Aghamore.

But the pinacle of Adrian's career came courtesy of his selection on the Connacht Hurling side in March 2009 for the Inter Provincials. The final that year was held in Abu Dhabi in Dubai in association with Etihad Airways, who were one of the main sponsors of the Hurling Championship. Connacht went down to Leinster on that day, but the weeklong tour of the middle East with the cream of Irelands hurlers (the Connacht and Leinster teams travelled together), gave Freeman a chance to rub shoulders with the best in the business. A Hurling/Shinty U21 International appearance in Inverness in 2007 was also recorded along his career, while two trips to London and two trips to Birmingham with club and county were also encountered. Numerous other individual awards came along including Tooreen Hurler of the Year and Mayo Hurler of the Year, as the trophy cabinet began to mount up.

It was this appetite for travel which drew Adrian to Melbourne (Australia) in October of 2009, to work away the winter months. There he linked up with members and friends of the Tooreen and Aghamore clubs, which had congregated in Melbourne throughout the previous few years. On Saturday 29th May 2010, his life was cut short. On returning from work that Saturday afternoon, a car in which he was travelling, was in a head on collision with another vehicle which veered over to the wrong side of the road. The tragic news of Adrian's passing reached Mayo and Tooreen - a community and county now in shock.

Sense can't be put on Adrian's passing. My only conclusion is that the man above was picking his championship team - and he had the number fifteen jersey in his hand looking for his best option. He needed a man who was a leader first and foremost, and who could handle pressure on the big day. He needed a man who could win his own ball and make use of it. He needed dedication, commitment and pride of place. He needed someone who would encourage all around him to be there best - and not to look down on less talented team-mates. He needed a freetaker and he needed a goalgetter. On 29th May 2010, Adrian Freeman was picked at left corner forward on the eternal team in the sky.

Best of Luck in the Championship Twink.