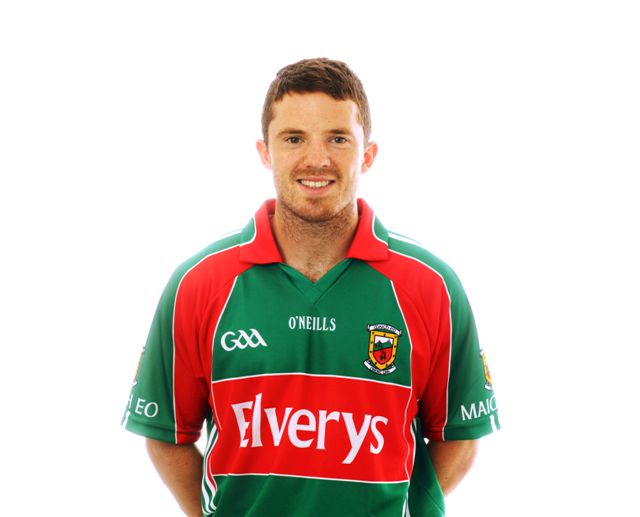 Four Mayo players to make their debuts on Saturday

Four Mayo players will make their championship debuts this coming Saturday after Mayo manager John O'Mahony revealed his fifteen for the Sligo game this evening (Wednesday).

Belmullet's Chris Barrett (pictured), Breaffy's Seamus O'Shea, Aghamore's Alan Freeman and Garrymore's Enda Varley will all make their championship bows for the visit to Markievicz Park where Mayo take on Sligo in the Connacht Senior Football Championship Preliminary Round clash.

The team show five changes in personnel from the National League Final defeat to Cork. Keith Higgins, who missed that game through injury, returns to left-corner back, in place of Liam O'Malley. Tom Cunniffe comes in at centre-half back in place of Trevor Howley while Ronan McGarrity comes in for Alan Dillon, with Seamus O'Shea moving from midfield to centre-half forward to fill Dillon's number 11 jersey.

The full-forward line is the line where there are the most changes. Conor Mortimer retains his spot but Aidan O'Shea and Mark Ronaldson lose out with Alan Freeman and Enda Varley given the nod.

Trevor Mortimer will captain the team from left-half forward.